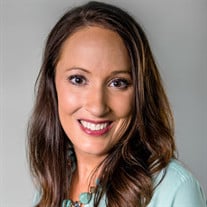 Wendy Baukol, 44, of Fargo, ND, passed away unexpectedly on Sunday, March 31, 2019 at her home in Fargo. Wendy Constance Howe was born December 22, 1974 in Harvey, ND to Scott and Kathy (Kesler) Howe. She grew up and attended schools in Grand Forks, ND, where her passion was dance and in 1993 she was crowned Miss North Dakota Teen USA. She graduated from Red River High School in 1993. Wendy then attended the University of North Dakota and graduated with a BS Degree in Marketing in 1997. She consistently stayed passionate with her alma mater and was extremely proud of her brother, Kelly, who was an All-American on the football team. Although she became a Bison football fan, her roots with UND ran deep. In 1998, Wendy moved to Fargo where she met Jake Baukol. During the next three years they fell in love, eventually getting married on May 5, 2001 in Fargo at St. Mary’s Cathedral. In 2004 they brought their first daughter, Callie Ann, into the world. In 2007 Abby Taylor was the second addition to the family, and they eventually became known collectively as “Team Baukol”. During these years she had a successful career in pharmaceutical sales. In 2017, through a combination of various positions and skill sets, she found a home at Scheels Home & Hardware as their Marketing Director, a position which she loved. Her attention to detail, high energy and ability to collaborate made her a natural fit for the position. Throughout the years Wendy took tremendous pride in her children, actively participating and leading PTA, book fairs, school carnivals and student pictures. As they grew so did her involvement in their extracurricular activities. She became the ultimate soccer and ice-skating mom. It would not be uncommon to hear her voice of encouragement for all kids involved. Despite suffering many complications from her Crohn’s disease, she never made it about her, nor would she let it get in the way of anything. Wendy is survived by her husband, Jake; daughters, Callie and Abby; parents, Scott and Kathy Howe, Bismarck, ND; brother, Kelly (Emilie) Howe, Fargo, ND; nephews, Landon (Godson) and Hayden; grandmother, Priscilla Kesler, Mandan, ND; and many aunts, uncles, and cousins. She was preceded in death by her brother, Christopher Howe; grandmother, Bev Howe; grandfathers, Howard Howe and Bill Kesler; mother-in-law, Geraldine Baukol and father-in-law, Jack Baukol.

Wendy Baukol, 44, of Fargo, ND, passed away unexpectedly on Sunday, March 31, 2019 at her home in Fargo. Wendy Constance Howe was born December 22, 1974 in Harvey, ND to Scott and Kathy (Kesler) Howe. She grew up and attended schools in Grand... View Obituary & Service Information

The family of Wendy Constance Baukol created this Life Tributes page to make it easy to share your memories.

Wendy Baukol, 44, of Fargo, ND, passed away unexpectedly on Sunday,...

Send flowers to the Baukol family.