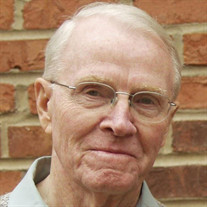 Thomas' funeral service will be livestreamed here: https://vimeo.com/444575419 Thomas Martindale, 96, of Hatton, ND, (formerly Fargo) died peacefully July 21, 2020 at the Hatton Prairie Village Nursing Home in Hatton. Thomas Archie Martindale was born November 28, 1923 in Bathgate, ND to Thomas Martindale and Violet (McColl) Martindale. Tom grew up on the family farm and graduated from Bathgate High School in 1941. He left home for college at North Dakota State University in the fall of 1941, and his education was interrupted by his service in WWII. He spent 3 years in the Army, including specialized training in California, and direct combat as a corporal in Central Europe and in the Battle of the Bulge. Tom returned to NDSU to complete undergraduate work in 1948 then eventually a master’s degree from University of North Dakota in 1966. After graduating in 1948, Tom brought his unique skills and enthusiasm back to NDSU, this time as a county agent with the Extension Service. His first assignment was near Bismarck where he worked with the local farmers to enhance their farms and practices. As a single young man fresh out of college, Tom loved his work. His boss at the time, however, decided Tom needed more balance in his life and suggested a blind date with a young lady that rented a room in his home. Not being able to say no to his boss, Tom agreed. Thus began the 68 year adventure with the love of his life, Loraine. Tom and Loraine married in 1950. Their early time together criss-crossed North Dakota as Tom’s career evolved. There were stops in Lakota, Beulah, and Grand Forks before finally settling in Fargo for his final 20 years where he led the North Dakota State 4-H Program. Along the way they started a family, eventually being blessed with four wonderful children and many grand and great grandchildren. Family was important and they enjoyed every opportunity they had to spend with them. There were other prominent aspects to Tom’s life. As a depression era kid, Tom could reuse or fix darn near anything. His ability to reclaim someone else’s used up something or other was practical but it also provided countless puzzles for him to solve. Tom was a faithful member of Immanuel Lutheran Church in Fargo as an elder, usher, volunteer and lifelong friend to many in the congregation. He also bled the Green and Gold of the NDSU Bison, his favorite college football team. He was a season ticket holder for many years and did his best to never miss a game. Tom also valued his exercise. Jogging, fishing with friends, camping with the family, travelling the world with Loraine were all part of his active life. His feet were shuffling until the very end. In recent years, despite health issues, Tom was a jokester and a never-ending optimist, full of gratitude for his family and the folks who cared for him. And if asked, he was more than willing to share a small nugget of wisdom he picked up during his nearly 97 years of life. “I’ve always had good advice from good people. If only I had followed it!”...one of his favorites. Tom is survived by sons, Tom W. (Sue) Martindale, San Diego, CA; Kevin (Karen) Martindale, Boulder, CO; daughter, Camille (Tom) Kouri, St. Paul, MN; daughter-in-law, Lori Martindale, Fargo; eight grandchildren, four great-grandchildren, and one sister-in-law, Marlys (Wesley) Kunz, Northwood, ND. He was preceded in death by his parents, wife, Loraine, son, Dr. Don Martindale, sister, Donna Hanson, and granddaughter, Carin Martindale. A private family prayer service will be held at 1:00 pm, Tuesday, August 4th, 2020 and will be live streamed here. Memorials are preferred to Hatton Prairie Village in Hatton, ND, or Immanuel Lutheran Church in Fargo. Tom's Tribute Video can be viewed here: https://www.tributeslides.com/tributes/show/QSR993Q6B387NYCP

The family of Thomas Archie Martindale created this Life Tributes page to make it easy to share your memories.

Send flowers to the Martindale family.