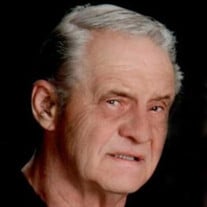 Tom's service can be viewed here: https://vimeo.com/567874681 Thomas Edward Kuehn passed away on December 16, 2020, at Sanford Health where he was being treated for COVID-19. Tom was born in Breckenridge, MN on October 7, 1942, to Robert and Clara (Wahl) Kuehn. They lived in Breckenridge until the family moved to the Fargo-Moorhead area when Tom was 10 years old. Tom attended school in Fargo and graduated from Central High School in 1960. Tom enlisted in the Army and after basic training was stationed in Germany for three years. He was a tank driver and gunner and patrolled the Czechoslovakia/Germany border. He enjoyed his time in the service and was discharged from the Army in 1963. Tom went to work for Northern States Power in Fargo in 1964. He started out as a janitor for the first year and as soon as there was an opening on the line crew, he applied for it. He was an apprentice lineman for several years until he got his journeyman’s license. He was later promoted to line crew foreman. He worked for NSP for 35 years. Tome married Bonnie (Bass) in 1964 and had three sons born to this marriage, Steven, Jeffrey, and Brian. Tom retired from NSP in 1998 and enjoyed 20 years of fishing and spending time at Lake Olaf. Tom is preceded in death by his grandparents, parents, and infant sister, and his brother, Edward. Tom is survived by his wife of 56 years, Bonnie, his three sons, Steven of Fargo, ND, Jeffrey (Shawn Olson) of Glyndon, MN and Brian of Earleville, MD and his only grandchild Brittany Kuehn of Sioux Falls, SD. He is also survived by his brother, Robert (Paulette) of Forest Lake, MN; his sister, Carol Kuehn (Rick Sturm) of Stevens Point, WI; his aunt, Lorraine of Lubbock, TX and many nieces, nephews, and cousins. A memorial service will be held on at 11am, Saturday, June 26 at Hanson-Runsvold Funeral Home. Burial will be in Sunset Memorial Gardens, Fargo. Thomas's Tribute Video can be seen here: https://www.tributeslides.com/tributes/show/9JH9Z4SQS5W6KXNB

Tom's service can be viewed here: https://vimeo.com/567874681 Thomas Edward Kuehn passed away on December 16, 2020, at Sanford Health where he was being treated for COVID-19. Tom was born in Breckenridge, MN on October 7, 1942, to Robert and... View Obituary & Service Information

The family of Thomas E. Kuehn created this Life Tributes page to make it easy to share your memories.

Send flowers to the Kuehn family.