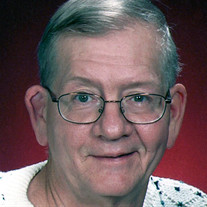 Steven J. Hanzal, age 66, was born January 19, 1953 in Rochester, MN to Joseph J. and Mary (nee Reid) Hanzal. He graduated from Mayo High School in Rochester and later attended Moorhead State University in Moorhead, Minnesota. He met Yvonne Helfenstein during college and they were wed on June 21, 1975 in Ashley, North Dakota. During his professional career, Steve attended Minot State University via correspondence and completed an Associate’s Degree in Developmental Disabilities. He later finished his Bachelor’s Degree in Anthropology, graduating from the University of Minnesota-Moorhead in 2000. Steve worked in construction and restaurant business for several years before moving to Jamestown, ND and beginning his career at the Anne Carlsen Center in 1984. He worked there for 18 ½ years in the residential and educational departments serving children and adolescents with multiple disabilities. While a member of Atonement Lutheran Church in Jamestown he served on the church council and parish fellowship committee. He was responsible for the church’s Food Pantry program and was active in leadership roles with the Boy Scouts of America for 10 years. Steve enjoyed bird hunting, fishing and refinishing antique furniture. He was rarely seen without a dog by his side. He resided in Fargo, ND for the past 8 years and was a member of Messiah Lutheran Church. Steve is survived by son, Joshua and daughter-in-law, Maria of Beaverton, Oregon; his brother Joseph, wife Karen and son Jack of Largo, Florida; three sisters, Mary Ellen (Hanzal) her husband and son Harley and Jacob Alink of Mountainburg, Arkansas, Anne (Hanzal) Ogeletree her daughter Codye, son Jedidiah and husband Mike of La Center, Kentucky, and Jeanie Hanzal of Comfort, Texas. He was preceded in death by his wife, Yvonne Hanzal, parents and grandparents. Steve is also survived by Yvonne’s siblings, Yvette (Doug) Nasset, Runette (Dean) Schultz, Ryan (Cheri) Helfenstein; nieces and nephews: Nichole Gleason, Michael Walz, Tiffany Voigt, Marlee Oelke, Christian Nasset, Colin Helfenstein, Kiana Helfenstein, Mandy Henderson; and eleven grand nieces and nephews.

The family of Steven Joseph Hanzal created this Life Tributes page to make it easy to share your memories.

Send flowers to the Hanzal family.