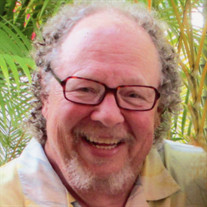 Stan Thurlow, 73, of Fargo, ND, died unexpectedly Sunday, September 15 at Sanford Medical Center in Fargo of an autoimmune lung disease. Stan was born August 9, 1946, in Fargo to Stanley Sr. and Norma (Skauge) Thurlow. He graduated from Fargo Central in 1964 and was drafted into the US Army, serving in Vietnam. After returning, he completed a Bachelor of Science in Mathematics from NDSU. Stan continued his education with a master’s degree in Community and Regional Planning. Stan served his community as a city planner with FM-COG before leaving to start his own business in 1984. From that time until his passing he served as the city planner in Dilworth and Breckinridge. He also wrote and administered grants for many smaller communities in the Northern Minnesota region. Stan loved his jobs but was looking forward to retiring at the end of the year. Stan was united in marriage to UnaMae Baldovin on November 27, 1971, at Peace Lutheran. Stan and UnaMae are lifelong members of Peace Lutheran Church in Fargo. They made their home in South Fargo, raising sons Shad and Justin, and still reside in the same home they purchased in 1975. Stan enjoyed time at their family lake cabin on Big Cormorant Lake, traveling across the country to all 50 states, and spending winters in Maui with UnaMae, family and friends. He also enjoyed music, curling, sports, boating and spending time with his grandchildren. Stan loved to shop. Stan was an original season ticket holder for the FM Redhawks and had season tickets for NDSU Bison Football since the Fargodome opened. He enjoyed traveling to road games and supporting both teams. Stan and UnaMae attended many concerts and looked forward to their yearly pilgrimage to the Duluth Bayfront Blues Festival. Stan was a generous soul to everyone he encountered, leaving a wonderful impression on those who knew him and those who didn't. Stan is preceded in death by his parents Stan Sr. and Norma (Skauge) and brother-in-law, Marty Mason. He is survived by the love of his life, UnaMae; sons, Shad (Brenda) Thurlow, Fargo, and Justin (Kari) Thurlow, Cottage Grove, MN; grandchildren, Amber, Saige, Tessa, Karena, Kate and Soren; sister, Dard Mason, Fargo, and niece, Brianne Mason, Minneapolis, MN, numerous cousins, many dear friends and special coworkers. In lieu of flowers, please consider a memorial to the JDRF Diabetes Foundation.

The family of Stanley Wilford Thurlow Jr. created this Life Tributes page to make it easy to share your memories.

Send flowers to the Thurlow family.