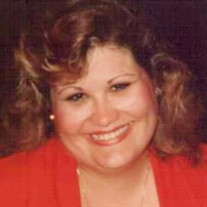 Sharlynn's Memorial Service can be viewed here: https://vimeo.com/440740164 Sharlynn Renae Torkelson, 58, of Fargo, ND, passed away in her home surrounded by close family and friends. She was under the care of hospice. Sharlynn was born to Marlyn and Alberta Cullison on July 6, 1962. Sharlynn grew up in Beatrice, NE, graduating early from high school in 1980. While in school she played the French horn in the band and marching band. She was active in her church youth group and was very involved in the local 4-H program. Sharlynn loved animals of all sorts and loved spending time on her grandparents farm. Her love of animals would be a constant part of her life, always having pets to love and care for. Sharlynn would go on to attend Mid-America Nazarene College for several years, where she was involved with their theatre department, before having to discontinue her education due to medical issues that would plague her the rest of her life. She joined her sister and brother-in-law as they were moving to Fargo, ND in 1986. There she helped take care of her nephew and became very involved in leading the church youth group. In 1990, she met Brenden Torkelson at church and they would be married on October 12, 1991. They immediately moved to Walker, MN where Brenden had just started the Lake Country Bakery. In 1993, Matthew Thor Torkelson was born and became a constant source of joy. In 1994, Sharlynn and family moved back to Fargo where they would stay until her death. Sharlynn was diagnosed with a rare cancer in 2015 which would lead to a very difficult 5 year battle that eventually took her life. Sharlynn had many loves in her life, first and foremost being her love of God. She also loved spending time with her family, especially her nieces and nephews. She loved cheering for the Huskers and the Vikings and learned to love the Hawkeyes for the last 28 years. Sharlynn was a quiet person but was always there to listen to anybody that needed someone to talk to. She had a special caring heart that anyone who knew her could feel. Through all the pain that she lived with, she always had a smile that wouldn’t end. Some friends and family would come to call her “sunshine.” Sharlynn is survived by her husband Brenden and son Matthew, her mother, Alberta Cullison, Beatrice, NE, sisters, Sharon (Jim) Solum, Moorhead, MN, Rhondarae Henderson, Beatrice, NE, and Janis Turner (Sid Fentress) Beatrice, NE; brother, Chris Cullison, Beatrice, NE. She is preceded in death by her father Marlyn Cullison. Sharlynn's Video Tribute can be viewed here: https://www.tributeslides.com/tributes/show/9D834XCN8BZP22PQ

Sharlynn's Memorial Service can be viewed here: https://vimeo.com/440740164 Sharlynn Renae Torkelson, 58, of Fargo, ND, passed away in her home surrounded by close family and friends. She was under the care of hospice. Sharlynn was born to... View Obituary & Service Information

The family of Sharlynn Renae Torkelson created this Life Tributes page to make it easy to share your memories.

Send flowers to the Torkelson family.