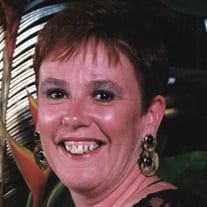 Sandra Ann Bilstad, 72, Fargo, passed away Sunday, November 1, 2020. Sandra was born June 12, 1948, at the Copley Memorial Hospital in Morrisville, Vermont. She was born to Elroy & Carol Mansfield of Stowe, VT. She grew up in Stowe, VT & New Haven, CT. She graduated from Hillhouse High School in 1966 in New Haven, CT, going on to graduate from the Yale New Haven LPN program. She later attended the Nursing program at NDSU graduating as a Registered Nurse. She was involved in the nursing field for over 49 years. Sandy worked at Merit Care for 18 years in various positions including managing Neurology, Cardiology, and the Medical Unit; Banner Health System for 13 years as Operations Coordinator/Director of Home Health/Hospice Operations; Veteran’s Administration for 1 year as the Patient Safety Manager; Hospice of the Red River Valley for 3 years as Program Manager of the Fargo office and WSI (Workforce Safety & Insurance) for 11 years as a Case Manager. She met her future husband, Peter Bilstad, in August 1967 while he was stationed in New London, CT, with the U.S. Navy. They married in August 1968 and moved to Fargo, ND in 1969. They have 3 children: Paul, Scott, and Nicole and 5 grandchildren: Blessing, Zaine, Jack, Andrew, and Kate. Sandy had a love for all animals, dogs in particular; dogs were always part of her family. Her main interests in life were her children, family and work. At her children’s activities, she was everyone’s loudest cheerleader. She was the epitome of ‘Mom Taxi’. If there was a skit or play to be written or antics to be had she was the first in line; many looked forward to her annual Christmas letters. She had a passion for traveling, exploring new places, and new foods. Viva Las Vegas! Sandy is survived by her husband, Peter; sons, Paul (Natalie) and Scott (Christina); daughter, Nicole (Rodney); grandchildren, Blessing, Zaine, Jack, Andrew, and Kate; and many beloved relatives. She was preceded in death by her parents, Elroy and Carol Mansfield, niece, Laura McShane (Nelson), brother-in-law, David Vigen, brother-in-law, Douglas Bowers and many cherished relatives. A small private family Memorial Service will be held at Hanson-Runsvold Funeral Home. Due to COVID, a larger Celebration of Life will be held at a later date. In lieu of floral arrangements, the family requests donations be made to: 4 Luv of Dog Rescue, The Village, or the YWCA.

The family of Sandra Ann Bilstad created this Life Tributes page to make it easy to share your memories.

Send flowers to the Bilstad family.