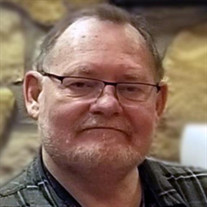 Sam Schwartz was born in Fargo on March 14, 1962. He attended Woodrow Wilson grade school, Ben Franklin Jr. High and graduated from Fargo North High School in 1981. After high school, Sam worked for the Old Broadway restaurant and then worked at DWAK and, recently, VTC. Sam lived at several Fraser Homes, most recently Fraser 10. Sam has a lot of friends in those places. He was also a lifelong member of First United Methodist Church, where he was very involved, until just recently. Spending time with family was one of the most important things to Sam; he especially enjoyed holiday dinners with Jim and Wendy and with his cousin Doug. Sam is preceded in death by his father, Harry Schwartz; his mother, Geraldine Schwartz; aunt, Lois, uncle, Gerald, aunt, Shirley, and two cousins. He is survived by his brother, Jim (Wendy) Schwartz; nieces, Heather (Andy) Schwartz-Gonzalez, Hannah Schwartz and her fiance, Dustin Tiffany, Hattie Schwartz; uncle, Walter, aunt, Carolyn, aunt, Lila, aunt, Eileen, and eight other cousins. A graveside service will be held Saturday, November 21 at Sunset Memorial Gardens.

The family of Samuel Henry Schwartz created this Life Tributes page to make it easy to share your memories.

Send flowers to the Schwartz family.