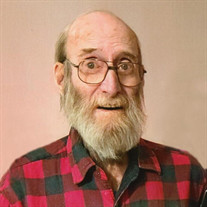 Ron's service can be viewed here: https://vimeo.com/560984358 Ronald Gene Lewis, age 76, died Thursday, May 27, 2021, in his home in Fargo, ND, under the care of his daughter and Ethos Hospice. Cathie was holding his hand when he passed. Ron was born August 24, 1944, in Fargo, five minutes before his twin brother Donald, to Cora and Rollo Lewis. He had three sisters and five brothers. Ron grew up in Fargo and graduated from Fargo Central High School. Ron started his occupation of operating heavy equipment at a young age of 14 by helping his dad in the family business, Lewis Brothers Sand and Gravel. After the passing of Rollo, Ron started working for Kost Brothers and then Aggregate. He married Christine Koplau. They have a beautiful daughter, Cathie. Ron was a very devoted Dad. Ron and Christine later divorced. Ron joined the Crusaders Bike Club. He enjoyed riding his motorcycles on bike runs to raise money for many causes, especially for the Harbor School. He was a kind and gentle man. Ron loved helping people and having long conversations. Had many a story to tell with so many brothers, sisters, nieces, nephews, aunts, and uncles. He always had a humorous comeback to any conversation. When Cathie was little, they enjoyed their winter breakfasts in Sabin. Ron would drop Cathie off at school in his pickup, but sometimes in the loader or on his bike. Ron is survived by daughter Cathie, twin brother Don, brother George, brothers-in-law, Curt Oberg, Roger Artz, and Don Holthe, and many nieces and nephews. Ron was preceded in death by his parents, sisters, Lois Oberg, Carol Artz, Mary Holthe; brothers, E. Wayne, Leonard and Bob. In lieu of flowers, donations can be made to Gigi’s Playhouse, a Down Syndrome Achievement Center, 3224 20th St. S, Fargo, ND 58104, in remembrance of Bob Lewis or a charity of your choice. A memorial service will be held at 1:00pm, Wednesday, June 9 at Hanson-Runsvold Funeral Home. Visitation will be held one hour prior to the service. Ron's Tribute Video can be seen here: https://www.tributeslides.com/tributes/show/NWWDRM6S7KMKTDY2

Ron's service can be viewed here: https://vimeo.com/560984358 Ronald Gene Lewis, age 76, died Thursday, May 27, 2021, in his home in Fargo, ND, under the care of his daughter and Ethos Hospice. Cathie was holding his hand when he passed. Ron... View Obituary & Service Information

The family of Ronald "Ron" Gene Lewis created this Life Tributes page to make it easy to share your memories.

Send flowers to the Lewis family.