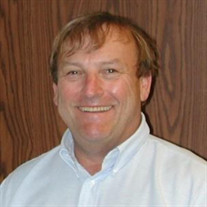 Roger's Memorial Service will be live streamed here Thursday, December 31st at 11AM : https://vimeo.com/495233008 Roger's Tribute Video can be viewed here: https://www.tributeslides.com/tributes/show/XXLX7HYPLTKZDM6S It is with great sadness that the family of Roger Lee Raaf announces his passing after a long struggle with Alzheimer’s disease. He passed peacefully under the care of Hospice of the Red River Valley on Wednesday, December 23, 2020 at Evergreens Memory Care in Moorhead, MN. He was comforted by his family in his final days. Roger was born in Dickinson, ND on October 31, 1945. He was raised on a farm near Hebron, ND. When he was eight years old his family moved to Dickinson. He attended Dickinson High School from 1960 to 1964 where he competed on the wrestling and football teams. Roger was a state champion wrestler and was awarded an athletic scholarship for the University of North Dakota. He graduated from UND in 1969, earning his bachelor’s degree in Business Administration. During college, he also earned his private pilot license and taught flying lessons to accumulate flight hours and help pay for his education. While attending UND, he met his wife, Cheryl. Roger and Cheryl were married at First Lutheran Church in Fargo, ND on August 22, 1970. They had three daughters and raised their family in Fargo, North Dakota. Roger began his career at Swanston Equipment Company as a pilot and a salesman. In 1986, he started Raaf Equipment Company where he continued to work in sales until 2010. Roger built a large network of customers and friends in the construction business in North Dakota, Minnesota, South Dakota and internationally. He always looked forward to the social and networking aspects of his job and extended himself into new territory when he found the opportunity. Roger had many interests that kept him busy. He loved to fly and enjoyed taking friends, customers, and his family on airplane rides. He also looked forward to spending time with friends and family, eating out, long-distance walking, studying maps and hiking in the Beartooth Mountains. Many days were spent venturing out in the red Suburban to “Fort Huachuca,” in western North Dakota. Roger’s enthusiasm for life never waned and he always had a deep appreciation for the great outdoors. Roger loved his family and would do anything for them. He was proud of his children and grandchildren and supported them throughout their various endeavors. He never missed a swim meet, soccer game, hockey game, piano recital, or choir concert. When attending these events, he never met a concession stand he did not like. He is survived by his wife, Cheryl; his daughters Carrie (John) Mickelson, Fargo, ND, Julie (Jeff) Raaf, Bozeman, MT and Kelly Raaf, Bloomington, IN; his grandchildren Paige Raaf, Hannah, Will and Ian Mickelson, Helen and Rose Raaf and Adler Mosier. He was preceded in death by his parents, Henry, and Helen Raaf; two brothers, Orion and John and his sister, Charlotte. In lieu of flowers, memorials are preferred to Ecumen Evergreens of Moorhead or Hospice of the Red River Valley. The family would like to thank Roger’s caregivers and nurses whose endless compassion was invaluable. Please feel free to share your favorite memories of Roger.

The family of Roger Lee Raaf created this Life Tributes page to make it easy to share your memories.

Send flowers to the Raaf family.