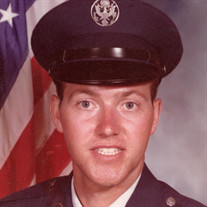 Rodney's service can be viewed here:https://vimeo.com/595404950 Rodney's tribute video can be viewed here. https://www.tributeslides.com/tributes/show/KZXJY2C9LF62684Q Rodney John Kurtti passed away unexpectedly on March 8, 2020 at the age of 62. He was born in McVille, ND to Tom and Louise Kurtti on October 27, 1957. He lived on the family farm until the age of six when his family moved to Fargo where he attended school. Growing up Rodney was active in BSA Troop 215 holding various leadership roles, played the trombone in the school band, and was a carrier for the Fargo Forum. He enjoyed fishing, skiing, and biking and rode the 500 mile Oregon Loop Trail. He graduated from Fargo South High School with the class of 1976. Rodney attended North Dakota State School of Science in Wahpeton, ND graduating in 1979 with an Associate's Degree in Architectural Drafting. He worked for Gateway Builders before enlisting in the United States Air Force in 1981. He was stationed in Texas at both Lackland AFB and Sheppard AFB where he received a letter of outstanding achievement in his training course and was a member of the elite Red Dragons Drum and Bugle Corps. He served as a Protective Coating Specialist while stationed in Okinawa, Japan. Rodney retired from the Air Force with a medical disability in 1983. Despite his medical disability, Rodney enrolled at Moorhead Technical College in the Chef's training program where he learned to decorate cakes. While residing at St. Catherine's in Wahpeton, Rodney learned to play the guitar as well as draw and sew. He enjoyed playing "Santa" at Christmas when he could gift his nieces and nephews with hand make teddy bears, Christmas stockings, as well as other projects. Rodney also created his own line of greeting cards with his original drawings. In 1988 he received the "Super Spirit Award" from the city of Wahpeton for his outstanding community involvement. He moved to Redwood Village in Wilton, ND in 2004. Since 2006 Rodney has been cared for by the staff at Disability Resources, Inc. in Dilworth, MN. Our family would like to extend a special thank you to Godwin Omane and the staff at DRI for the compassionate care provided to him for the past 14 years. Rodney is survived by his mother Louise Kurtti, Fargo; brothers Arlen (Sheryl) Kurtti, Hazen, ND, Dean (Brenda) Kurtti, Chisago City, MN and David (JoAnn) Kurtti, Fargo; sisters Heidi (Bill) Findorff, Whitehall, MI, and Julie (Marcus) Andersson, Kazakhstan; and extended family. He is preceded in death by his father Thomas Kurtti, grandparents Alvin & Regina Vrem and Vaina & Johanna Kurtti, uncles Eugene Kurtti, Paul Vrem and Richard Anderson, and cousin, Craig Kurtti. A funeral service will be held at 11am, Friday, September 3, 2021 at Hanson-Runsvold Funeral Home, Fargo, ND and will be livestreamed on the funeral home website. Internment at Fargo National Cemetery, Harwood, ND. Memorials are preferred to Olivet Lutheran Church or the Homeward Animal Shelter.

The family of Rodney John Kurtti created this Life Tributes page to make it easy to share your memories.

Send flowers to the Kurtti family.