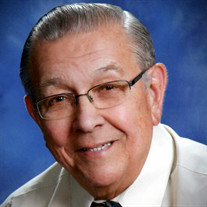 Robert Callahan, 80, of Fargo, ND, formerly of Dickinson, ND, died Tuesday, May 14, 2019 at Sanford Broadway Medical Center in Fargo. Robert James Callahan was born March 5, 1939 in Reynoldsville, Pennsylvania, the son of James and Joan (Ramsey) Callahan. He attended school in Reynoldsville, graduating from high school in 1957. He went on to attend Northern State University in Aberdeen, SD for four years. Robert and Doris Ondricek were united in marriage on September 1, 1962 in Pierre, SD. He then attended South Dakota State University in Brookings, SD and received his Masters Degree in Educational Administration in 1967. Robert taught in Huron, SD schools from 1961 to 1967 and then became Superintendent of Schools in Iroquois, SD. He retired in 1989. Robert served on the Iroquois City Council and was a member of the Lions Club in Iroquois. He served in South Dakota on the Hill City zoning board and the city council, served two years on the zoning board in Medora, ND, and also served as president of the Summit Condo in Fargo. Robert enjoyed hunting, fishing and collecting Dept. 56 villages. He also taught Sunday school over the years. Robert is survived by his wife, Doris of Fargo, ND; special friends, Steve Stofferahn family and Will Easter family; aunt, Catherine Callahan; cousins, Susan Smith, Richard Gordon, Jerry Gordon, and Albert Mathews. He was preceded in death by his parents, Joan and James Callahan; both sets of grandparents; numerous aunts and uncles; and sister-in-law, Julia Marie Sichterman. Memorials are preferred to a food pantry of your choice.

The family of Robert James Callahan created this Life Tributes page to make it easy to share your memories.

Send flowers to the Callahan family.