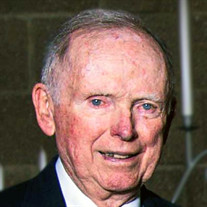 Bob's Memorial Service can be viewed here: https://vimeo.com/549653286 Robert's Tribute Video can be seen and copies ordered here: https://www.tributeslides.com/tributes/show/8W2WCXR2R6S439TC Robert Scheel, age 87 of Fargo, North Dakota passed away peacefully in his home at Touchmark, Monday, May 3, 2021. Bob was born in Moorhead, Minnesota to Mabel (Benedict) and Frederick Scheel on June 6, 1933. He graduated from Central High in Fargo, and Hamline University in St. Paul, Minnesota. During college, he met and married his wife of 60 years, Joan Cornell. After graduation Bob joined the Marines and became a Naval aviator. Joan and Bob moved to Pensacola Florida, Kingsville Texas, and then to Kaneohe, Hawaii while Bob was in the Marines. After his discharge, Bob started his career working for Scheels in Montana and returned to spend most of his career at the South University Scheels in Fargo. Bob and Joan were fortunate to retire to Sonoma Valley, California. During their time in California, Bob and Joan enjoyed wine tasting, traveling, spending time with friends, and returning to Pelican Lake during the summer months. Bob was an unsparing philanthropist, and enjoyed making a difference in people’s lives, both locally and globally. His hobbies included playing bridge, jigsaw puzzles, tennis, sailing and working around the yard. Bob and Joan were lifelong members of First Congregational Church of Fargo. Bob is survived by his two daughters: Janet Gunderson Stellpflug (Tom) Minneapolis, and Kristen Scheel (Scott Askerooth) Detroit Lakes; six grandchildren: Ben Stellpflug, Bob Geske (Ashley), Eric Stellpflug, Libby Rott (Michael), Olivia Gunderson, and Davis Geske; three great grandchildren; sister, Patricia Crary; brother, Chuck Scheel, and special friend, Patti Pratt. Bob was preceded in death by his parents; his wife, Joan; brothers, Fred and James, and sister, Kay Norem. Thank you to everyone at Touchmark for making Dad feel at home. Thank you to everyone at Roger Maris Cancer Center for taking such great care of Dad, especially Dr. Preston Steen for whom Dad had the utmost respect and gratitude. Memorials are preferred to the YWCA , First Congregational Church or a charity of choice. A private family service will be held.

The family of Robert "Bob" Allan Scheel created this Life Tributes page to make it easy to share your memories.

Send flowers to the Scheel family.