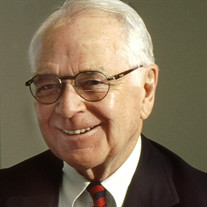 Dr. Richard Arlan Olafson passed peacefully on July 27, 2019. Richard, also known by many in the community as Dr. O, was a loving husband, father, son, grandfather and a stalwart in North Dakota medicine and medical education for over 50 years. He had a deep love for his family, was engaged in numerous civic duties and touched many lives through his medical and educational careers while always striving to help improve the quality of life in his home State of North Dakota. Richard was born in Drayton, ND on October 18,1933 and was raised in Minto, ND by his parents, Marino and Claire (Murphy) Olafson, who were both educators. Richard attended the University of North Dakota and graduated Cum Laude with a Pre-Medicine degree in 1957. He attended the University of Pennsylvania School of Medicine, graduating with honors in 1960. Richard was accepted to be a resident at the Mayo Clinic in Rochester, MN, where he completed his training as Senior Neurosurgical Fellow and Emergency Neurological Surgeon. While in Rochester, Richard met his beloved wife, Ann Marie Hemp, who at the time was completing her studies at the University of Minnesota in Elementary Education and was a Minnesota state tennis champion for many years. They were married on June 17, 1961 and their first child, Kathryn, was born in Rochester in 1963. Feeling a calling to his home state, Richard moved the family to Fargo in 1964, where he became one of the first neurosurgeons in North Dakota, working with a handful of colleagues at The Neuropsychiatric Institute (TNI). His two sons Paul and Eric were later born at St. Luke’s Hospital in Fargo. Richard and Ann had a passion for serving their community while being active in all types of civic and recreational activities. They were often on the tennis courts, cross-country skiing on the Red River, biking around town and at all types of their children’s school and sports events. The family home on 24th Avenue was the center of fun, always hosting neighborhood activities including birthday’s, Halloween and New Year’s celebrations, building homecoming floats in the garage and hosting medical students for picnics in the backyard. Richard had a long and celebrated career in both neurosurgery and medical education where he pursued his passion for improving the quality of healthcare for North Dakota. He served as the President of the Neurosurgical Society of America in 1986-87 and had numerous other medical appointments while also having published many medical papers and studies. In 1979, Dr. O began a prestigious career in medical education with the University of North Dakota School of Medicine as the Assistant Dean and Director of Health Education and held many other titles there including Professor and Chairman of the Department of Neuroscience. Dr. O retired in 1998 and was awarded an Honorary Doctor of Letters degree from the UND School of Medicine and Health Sciences in 2001. Richard will be greatly missed by his two sons, Eric and Paul, his daughter in-law, Shelly Moeller, two beloved grandsons, Isaac and Ian Olafson, sister in-law, Judy Anderson Hemp, niece, Sheryl Hemp, nephew, Jon Hemp, niece, Heide (Hemp) Beierle, her husband David Beierle and their children, Samuel, Rachel and Sara. He loved life and sharing it with his family, the community, and always a family Siamese cat.

Dr. Richard Arlan Olafson passed peacefully on July 27, 2019. Richard, also known by many in the community as Dr. O, was a loving husband, father, son, grandfather and a stalwart in North Dakota medicine and medical education for over 50 years.... View Obituary & Service Information

The family of Dr. Richard Arlan Olafson created this Life Tributes page to make it easy to share your memories.

Send flowers to the Olafson family.