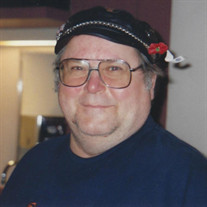 Richard's service will be livestreamed here: https://vimeo.com/673662420 Richard's tribute video can be viewed here: https://www.tributeslides.com/tributes/show/PZ52CQHPJZLQPKPH Richard Eugene Coleman was born in Rockford, IL, on June 25, 1947, to John and Florence (Maas) Coleman. Growing up in a family of seven children with two working parents Richard and his siblings learned to lean on each other for support entertainment and look out for each other. He especially enjoyed playing hide and seek, dancing, and getting into a bit of mischief. As a child, Richard had Polio and endured many hospital visits and treatments that affected him his entire life. He did not let any of this negatively impact his spirit and capability. On November 15, 1966, Richard joined the United States Navy. During the Vietnam War, Richard was stationed on aircraft carriers and worked on the F4 Phantoms. After receiving an honorable discharge, Richard returned to the Fargo-Moorhead area. Before retiring, Richard was a welder for a majority of his career, working with the Ironworkers, Concord, and Case New Holland. He was proud to not only support the union but also served as a steward and on the bargaining committee during his time. One of Richard’s main passions in life was motorcycles. There is no way to know how many miles he racked up on the road, whether during his time as an FM Crusader or after retiring from the club riding with friends and family. If he wasn’t on the road, you could find Richard spending time outdoors hunting and fishing or sharing a laugh and stories with his friends. Richard was proud to be a veteran, and while retired, he volunteered time at the VFW for pancake feeds and other activities, along with serving as a member of the honor guard. He will be remembered by those that knew him for his sense of humor, incredible stories, and infectious laugh. Richard was a man of few words when it came to emotions, but if you were to ask him about his greatest accomplishments in life, he would tell you that he was most proud of his two incredible sons and three wonderful grandchildren. He was always talking and remembering stories from when his sons were young or new things his grandchildren had taught him. Richard is survived by his sons, Shane Coleman and Joey (Jerica) Coleman, grandchildren Logan, Wyatt and Chelsea Coleman, siblings, Joyce Coleman, Bonnie Williams, Earl (Donna) Coleman, Jo Coleman, and Mary (Steve) Novacek. He was preceded in death by his parents, John and Florence Coleman, his brother Jack Coleman and a stillborn son, Daniel Coleman.

The family of Richard "Dick" Eugene Coleman created this Life Tributes page to make it easy to share your memories.

Send flowers to the Coleman family.