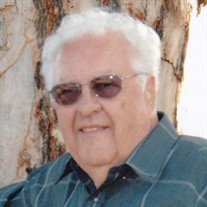 Martin's service will be livestreamed here: https://youtu.be/Ab2hFss4cQw Reverend Martin John Simmons, 87, of Fargo ND passed peacefully from this world Monday, March 1, 2021, with family by his side, under the amazing care of Eventide staff and Ethos Hospice Care. Martin was born on March 10, 1933 in Coupeville, WA to parents Martin and Mary (Henni) Simmons. He graduated from high school in Langley, WA in 1952; received a bachelor's degree from Pacific Lutheran University, Tacoma, WA in 1956; served in the US Army, 1956-1958 at Bad Kreuznach, Germany; interned at Christ Lutheran in Slayton, MN, 1960-1961; obtained a bachelor's degree in Theology from Luther Seminary in St. Paul, MN in 1962 and was ordained at St. Peter's Lutheran Church in Clinton, WA. He later earned his Master of Arts in Classical Studies Greek from University of Michigan, Ann Arbor, MI in 1967. He was called to serve several churches in his career, including Bethel of Shoreline Lutheran, Seattle, WA 1962-1965; Faith Lutheran, Saline, MI, 1965-1967; Bethlehem and Zion Lutheran, Noonan, ND 1967-1973; First and Lucky Mound Lutheran, Parshall ND 1973-1984; and Zion Lutheran of Ashley ND 1984-1998; in his retirement he served as on-call chaplain at Essentia Health in Fargo. During his ministry Martin performed hundreds of baptisms, confirmations, weddings, and funerals. He had a love for music and singing. Over the years he was involved in madrigal dinner theaters, several choirs, quartets, and shared many solos with the congregations he served. Martin's devotion to his wife, family, and career was endless. After Martin retired in 1998, he and Lois spent several winters in Arizona. He loved to read, spend time with his grandchildren and reminisce with family and friends. He was preceded in death by his parents, Martin and Mary; wife, Lois; daughter, Marlis; two sisters, Mary and Margaret; and two brothers, Stanley and Carl. He is survived by son, Bill (Julie) Simmons of Detroit Lakes, MN; son, Bob (Cheryl) Simmons of Fargo; daughter, Nancy (Scott) Mueller of Fargo; daughter, Cynthia (Terry) Baumann of Twin Buttes, ND; nine grandchildren and four great-grandchildren; brother, Roy (Marilyn) Simmons of Clinton, WA; sister, Barbara (Dan) Kyllo of Seattle WA; along with several nieces and nephews. The family requests memorial donations be sent to Luther Seminary, Saint Paul, MN www.luthersem.edu/giving/. Funeral service will be held at Lutheran Church of the Cross on Friday, March 5 at 11:00 AM with a visitation one hour prior. Funeral will be live streamed here: https://youtu.be/Ab2hFss4cQw. Burial will be held at a later date.

Martin's service will be livestreamed here: https://youtu.be/Ab2hFss4cQw Reverend Martin John Simmons, 87, of Fargo ND passed peacefully from this world Monday, March 1, 2021, with family by his side, under the amazing care of Eventide staff... View Obituary & Service Information

The family of Rev. Martin John Simmons created this Life Tributes page to make it easy to share your memories.

Send flowers to the Simmons family.