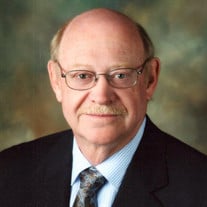 Phil's service will be livestreamed here: http://www.firstpresfargo.org/live-stream View Phil Martin's Tribute Video Here: https://www.tributeslides.com/tributes/show/HXX6Y9N7J59RFR53 Phil Martin (75) of West Fargo, ND died from metastatic melanoma in his home on Friday, April 1, 2022. His last moments were at his wife’s side. Philip Wayne Martin was born in Portland, OR on October 2, 1946. His father, Floyd Ora Martin was a WWII veteran and Presbyterian Pastor, and his mother, Eva Edith Martin was a stay-at-home mother. Phil’s early years were spent in Marin City, CA until his family moved to Ennis, MT. Most of his teenage years were spent in Saint Edward, NE, until his senior year when his family moved to Rolla, ND, where he graduated from high school in 1964. Phil attended Jamestown College in Jamestown, ND, majoring in psychology and minoring in physical science. He played basketball for the Jamestown Jimmies, in addition to singing in the Jamestown College Concert Choir. There have been stories indicating he may have been a bit of a prankster at what is now known as the University of Jamestown. During the summers, Phil was a firefighter based in Elko, NV. Upon graduation from Jamestown College in 1968, Phil took his first teaching job in Lisbon, ND. It is there where he met Gwen Kollman, who was also a teacher at Lisbon High School, and they were married on July 14, 1972. During his 41-year tenure at Lisbon High School, he held positions as a teacher, guidance counselor, principal, and coach. He earned his M.Ed. in guidance and counseling at North Dakota State University. An educator well respected by his colleagues and beloved by his students, Phil received several accolades throughout his career, including North Dakota Class B Boys Cross Country Coach of the Year in 1999 and the North Dakota High School Coaches Association award for Assistant Coach of the Year for Girls Track & Field in 2009. He also received the distinguished Rollie Greeno Award from Jamestown College in 2012 and was inducted into the Lisbon High School Hall of Fame in 2016. With the possible exception of his sense of humor, Phil was best known for his tireless work ethic and staunch devotion to his family, career, students, athletes, friends and church. He made himself available to anyone at any time, always offering his unique blend of compassion, insight and humor. He took great pride in helping others reach their full potential; it was his life’s work. In his spare time, Phil enjoyed spending time with friends, woodworking and doing remodeling projects, going on summer motorcycle trips, reading, watching movies and televised sports, going to sporting events, and listening to music. Phil retired from teaching in 2009 and moved to West Fargo, ND with Gwen that same year. He continued to dedicate his time and energy towards his family. He took an active role in the lives of everyone dear to him, generous with his time and spirit. Phil was an elected Elder in the First Presbyterian Church (U.S.A.) in both Lisbon and Fargo. His faith guided him throughout his life, his generosity and compassion shining examples of his devotion to serving God and others. He is survived by his wife Gwen Martin, West Fargo, ND; son Chad Martin, Eagan, MN; daughter Darcie (Derek) Sell, Fargo, ND; grandsons Kyan Sell and Jacoby Sell; and sister Janet Davis, Tacoma, WA. He was preceded in death by his parents Floyd and Eva Martin; brother Dale Martin; and infant sister Carolyn Martin. A visitation will be held on Wednesday, April 6, 2022 from 5pm – 7pm, with a time of sharing beginning at 5:30pm. The visitation and time of sharing will be held at the Hanson-Runsvold Funeral Home, 215 7th Street South, Fargo, ND. A memorial service will be held on Thursday, April 7, 2022 at 2pm at the First Presbyterian Church, 650 2nd Ave. N., Fargo, ND. The memorial service will be live streamed on Phil’s obituary page at www.hansonrunsvold.com. Those wishing to send memorials may consider Lisbon Public Schools Endowment Fund, University of Jamestown, or First Presbyterian Church of Fargo.

The family of Philip Wayne Martin created this Life Tributes page to make it easy to share your memories.

Send flowers to the Martin family.