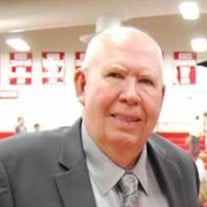 Marvin's service will be livestreamed here: https://vimeo.com/706138901 Marvin's tribute video can be viewed here. https://www.tributeslides.com/tributes/show/5BD43M2647256CKJ Marvin Setness, age 82, of Henderson, Nevada, died on April 12, 2022, in Fargo, ND of a short illness. Funeral services will be held 10 a.m., Friday, May 13, 2022, at Hanson-Runsvold Funeral Home - 215 7th St S, Fargo, ND. Burial will be at 1 p.m., May 13, 2022, at Fargo National Cemetery, Harwood, ND. Marvin Setness was born in Fargo, ND to Magnar and Oline Setness on February 27, 1940. He graduated high school from Central High School in 1958 in Fargo, ND. Shortly after graduation he joined the Navy. He made the Navy his career, retiring in 1980 at the rank Master Chief. While on leave in 1961, his childhood friend and future brother-in-law, Dave Meinz, introduced him to the sister of the girl he was dating. Her name was Inez Johnson. They were married a couple of weeks later, on April 19, 1961. They immediately moved to California, where Marvin was stationed. They had two sons, Marvin Setness, II and Michael Setness. While in the service Marvin was stationed at many ports and deployed multiple times. His last deployment was in the early 70's at which time his family moved to Moorhead. In 1977, Marvin was stationed in Fargo and oversaw Navy recruiting for eastern North Dakota and northwestern Minnesota. After retiring from the Navy, Marvin began his second career as Chief Engineer for Moorhead State University. He worked there for 15 years, before retiring again. During his time in Moorhead, Marvin was involved in many fraternal organizations. He achieved the office of President of the Moorhead VFW, and a member of the Disabled American Veteran, Vietnam Vets and Korean Vets. Marvin was also the Quartermaster of the Albert E. Johnson VFW Auxiliary Post 1223, and Marvin's wife Inez was the President of the Albert E. Johnson VFW Auxiliary Post 1223. In 2001 Marvin and Inez retired to Henderson Nevada. While there, they met many new friends and enjoyed the warm weather of Nevada. Marvin is survived by sons, Marvin Setness II (Kathy), Michael Setness (Rita) and several grandchildren and great grandchildren. He was preceded in death by his wife of 58 years, Inez, his brother Ralph, and his parents Magnar and Oline. In lieu of flowers the family requests those who wish to express sympathy to consider making a donation to the local Disabled American Veterans Chapter. Arrangements entrusted to Hanson-Runsvold Funeral Home - Fargo, ND

The family of Marvin Curtis Setness Sr. created this Life Tributes page to make it easy to share your memories.

Send flowers to the Setness family.