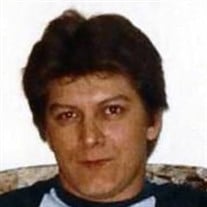 Manuel's service will be live streamed here https://vimeo.com/636325718 Manuel Rodriguez, Jr., 66, of Moorhead, MN passed away on Thursday, Oct 14, 2021 at Sanford Hospital in Fargo. Manuel Mario Rodriguez, Jr. was born on February 16, 1955 in Lubbock, Texas to Rose Ann (Hanson) Rodriguez and Manuel Rodriguez, Sr. The family moved from Crystal City, Texas to Moorhead, MN where Manny attended Moorhead Schools. He enlisted in the U.S. Marine Corps at the age of 17 and later went on to get his certifications in welding. Manny met Shirley Saxon and had two children in Duluth, MN before relocating back to Moorhead, MN. In 1986, he married Jeanne Jennen and adopted her daughter, along with having another son in 1987. Manny worked at Weisgram Metal Fabrication as a welding night shift manager before suffering a traumatic brain injury in his home in 2017. He had most recently been living in a Lutheran Social Services group home for adults with traumatic brain injuries, where he loved watching movies, visiting with staff and tinkering with any tool that he could get his hands on. He loved going out to eat with friends and family and he had a well-known passion for classic rock. He loved to tease people and he had an infectious laugh and a trademark smirk. He was the life of the party and always brought a bottle of Cabo Wabo Tequila to present to anyone hosting a gathering that he was invited to. He absolutely adored his Harley Davidson motorcycle and loved to spend time working on that and other cars. Manuel is survived by his son Christopher Saxon of Foley, MN; his daughter Kassandra Guiterrez of Foley MN; his daughter Angel (Matthew) Stellrecht of Moorhead, MN and his son Nicholas (Tara) Rodriguez of Fargo, ND; his beautiful grandchildren, Destiny Ponsness, Grant and Amya Saxon and Brynn Stellrecht. He is also survived by six brothers: Mike (Shannon) Miller, Morgan, Joe, Ronald, Mike, and Kevin Rodriguez; five sisters: Ellen Hauge, Carol Boe, Ann Marie, Ruby and Judy Rodriguez, along with 22 nieces and nephews and many cousins and friends. He was preceded in death by his parents, grandparents, one brother and one nephew. The family would like to thank the caring staff at Lutheran Social Services (espectially Bethany and Edna) and the ICU at Sanford Broadway Hospital for being so wonderful during Manny's final weeks. Their selflessness and support is so appreciated.

The family of Manuel Mario Rodriguez created this Life Tributes page to make it easy to share your memories.

Send flowers to the Rodriguez family.