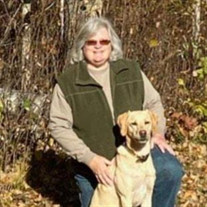 Liza's Funeral Service will be seen here at 1pm, Friday, April 23: https://vimeo.com/537785511 Liza's Tribute Video can be seen and copies ordered here: https://www.tributeslides.com/tributes/show/4SPG9W7YRK7Q874N Heaven gained a new angel on April 10, 2021, when Liza Marie Carlson passed away after a brief illness. Liza was born on June 13, 1964, and lovingly welcomed into the John and Luella Carlson family in Fargo, North Dakota. She grew up in Fargo and attended Lewis & Clark Elementary, Agassiz Junior High, and Fargo South High School. Liza attended Moorhead State University and Bemidji State University, where she graduated with a degree in criminal justice, allowing her to fulfill her dream of a career in law enforcement. She started that career in the Moorhead, Minnesota Police Department, then accepted a position in the Anchorage Police Department in 1997. But she missed the lakes of Minnesota, so later in 1997, she found a home in the Rochester Police Department where she worked until she retired in 2014. Her law enforcement expertise allowed her to work extra duty in security details for crown princes, kings and other dignitaries who visited the Mayo Clinic, and made her a well-qualified substitute teacher for schools in the Chatfield, Minnesota area where she lived! Liza loved to fish, pontoon, and ride her wave runner, so she found a rustic home at the end of a long, tree-lined drive on Ham Lake in north-western Minnesota to enjoy these pursuits. Her retirement retreat kept her busy with projects like upgrading a bunkhouse, building a large "she-shed", adding a lake-side deck to her home, and more. Liza's place on Ham Lake was perfect for gatherings of friends and family around the many campfires and for four-wheeling through the woods in search of the perfect burger and a cold adult beverage. Liza loved camping in the Minnesota state parks with the Buffalo Gang plus One Happy Campers and her fur-babies, Gracie, Lager, and Nugget. She would bring batches of her famous pickled fish to share, along with coordinates for geocaching treasure hunts. She dabbled in brewing beer, making wine, and building fishing rods. She loved to fish, whether for halibut in Alaska or for lunker walleye in the Oahe Reservoir in South Dakota. Liza was an avid fan of the Minnesota Lynx and the Vikings, and the NDSU Bison football team. She loved life and was a wonderful friend, sister, daughter, and aunt! She was just the kindest, sweetest person ever. To know Liza enriched our lives. When we were together, we did not want to say goodbye - neither did she! We all miss Liza dearly. She is gone much too soon. Liza will be met in heaven by her mother, Luella Eugenia Carlson; infant brother, Timothy; sister-in-law, Jamie Carlson; and grandparents. She is survived by her father, John Marvin Carlson; two brothers, Steve (Jane) Carlson and Brad Carlson; sister, Nancy (Doug) Ritchey; three nieces, Alexis Carlson, Mandi Jo Moore, Willow Ritchey; and nephew, Hunter Carlson. In lieu of flowers, please consider a donation to the House of Shields, PO Box 911, Rochester, MN 55903. This charitable organization helps police families by giving them a place to stay free of charge while loved ones are being treated at the Mayo Clinic. Liza helped with this organization when she worked in Rochester.

The family of Liza Marie Carlson created this Life Tributes page to make it easy to share your memories.