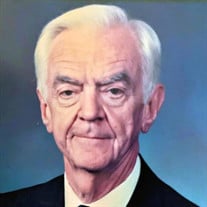 Larry's service will be livestreamed here: https://vimeo.com/675545004 Larry's Tribute Video can be viewed and copies ordered here: https://www.tributeslides.com/tributes/show/69XHN63XS47DBXTP Larry Rittgarn, 85, passed away on Friday, December 31, 2021, after a long illness. He is survived by his daughter, Roxanne Holmsen, his son-in-law, Ed Holmsen, his two grandchildren, Alexandra Holmsen and Ryan Holmsen, Ryan's wife, Audrey Holmsen, Linda Werner and her family, Kathy Smith, and his very special friend, Mary Ivers. Larry was born to Fred and Mildred Rittgarn on February 19, 1936, in Lexington, Nebraska. The family farmed in the Lexington and Overton areas throughout Larry's childhood. He was an only child, but his parents helped to raise his cousins, Linda and Kathy, and he always thought of them as his little sisters. During his teenage years, Larry met his future wife and love of his life, Patricia (Pat) Holm. Larry and Pat were married on April 15, 1956, at the First United Methodist Church in Overton, NE. In January 1961, they welcomed their only child, Roxanne. The three of them were a very close and loving family. Larry and his family moved to Fargo in 1970, and he began his life-long involvement in Kiwanis, Special Olympics, Big Iron, the Fargo Air Show, and many other service-oriented activities. He was also involved in the financial foundations and choirs at First United Methodist Church and First Lutheran Church. Larry was the governor of the Minn-Dak district of Kiwanis from 1979-1980 and held many offices in the local clubs as well as at the district and international level and was a Kiwanis educational trainer for many years. He was the Circle K administrator for 8 years, and he and Pat were "mom and dad" to many college-age kids who were part of that organization. Larry began his working career at Top Hat TV in Kearney, Nebraska, where he sold everything from ties to sewing machines. He moved on to work for Nutrena Feed in Aberdeen, SD, and then moved to Fargo, ND, where he worked in the seed division of Cargill for over 35 years. Once he retired, he went on to work as a consultant in the seed industry. Larry was always willing to help, had a wonderful sense of humor, and could talk to anyone. He was loved and will be missed by so many. When Pat passed away in 2010, Larry was bereft but kept on serving the community they both loved. In December of 2013, Larry met Mary Ivers, with whom he was fortunate enough to find love, friendship, and laughter for the rest of his life. Larry lived a full, fun, rewarding, service- and family-oriented life. His family and friends will miss his smile, dry wit, and constant love and caring, but they are comforted that he is no longer fighting illness and is dancing with Pat in heaven. He blessed the lives of so many throughout his life and career; may God bless his memory. In lieu of flowers, the family suggests contributions to Minnesota-Dakota Kiwanis District as part of the Kiwanis Educational Foundation or the Fargo First United Methodist Church building fund. A memorial service will be held at 2 pm on Saturday, February 19, at the Fargo First United Methodist Church, 906 1st Ave S, Fargo, ND 58103, with coffee to follow.

The family of Larry Rittgarn created this Life Tributes page to make it easy to share your memories.

Send flowers to the Rittgarn family.