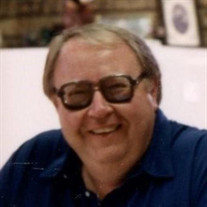 Larry's service can be viewed here: https://vimeo.com/479002956 Larry Lowell Metcalfe, son of William and Mary (DeMontenenay) Metcalfe was born on August 18, 1942 in Rolla ND. He was raised on the family farm north of Dunseith ND where he attended the local country school. He graduated from Dunseith High School in 1959. He went to Minot State College and received a 2-year Teaching Degree in Education. Later, he attended UND and received a B.S. Degree in Elementary Education. He started his teaching career in Carrington, ND when he was nineteen. On August 17, 1968 he married Lise Rousseau in Dunseith, ND. They moved to Carrington where he resumed his teaching career. Larry enjoyed teaching junior high social studies along with coaching basketball and track. His proudest coaching time was when the eighth-grade girls basketball team was undefeated and went on to win the regionals. In 1978, Larry quit teaching, and returned to his farming background. He went into the insurance business working with local farmers. He joined the Professional Insurance Agents of North Dakota and was president in 1988. He was an active member in the community and belonged to several organizations. He served on the Carrington School Board of which he was president in 1992. After a prolonged illness, Larry passed away on October 23, 2020. He is survived by his wife, Lise; sons, Brian (Jessica) of Senora, CA and Chris (Kristina) of Fargo, ND; grandchildren, Bryce, Hailey, Collin; one brother, Bill, Soap Lake, WA. He was preceded in death by his parents, four sisters, and three brothers. A private service will be held at 2pm on Friday, November 13, 2020 and will be streamed on the Hanson-Runsvold website. Burial: Little Prairie Cemetery, Dunseith, ND Condolences and memories may be shared at www.hansonrunsvold.com Arrangements by Hanson Runsvold Funeral Home - Fargo, ND

Larry's service can be viewed here: https://vimeo.com/479002956 Larry Lowell Metcalfe, son of William and Mary (DeMontenenay) Metcalfe was born on August 18, 1942 in Rolla ND. He was raised on the family farm north of Dunseith ND where he attended... View Obituary & Service Information

The family of Larry Metcalfe created this Life Tributes page to make it easy to share your memories.

Send flowers to the Metcalfe family.