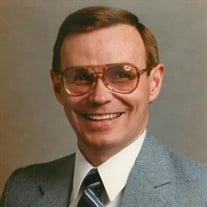 In Loving Memory Larry Dean Kindseth, 72, of Fargo, ND, passed away on Saturday, April 18, 2020, after a long battle with Parkinson’s disease. Larry was born to Howard and Camille (Severson) Kindseth in Crookston, MN. He was baptized and confirmed at Ness Lutheran Church in rural Gary, MN. The second oldest of five children, he was raised on the family farm in Gary, MN and graduated as Valedictorian from Gary HS in 1965. He attended North Dakota State University in Fargo majoring in Architecture before enlisting in the Army in 1968. During his training he became fluent in seven languages and was stationed in Thailand, where he served with the 83rd and 7th RRFS, U.S. Army Security Agency (ASA), until October 1971. While stationed in Thailand, he met and married his wife Anna (Thongpan). After returning to the US, he resumed his studies at NDSU graduating in 1977 with a BS in University Studies. He and Anna remained in Fargo and raised their three daughters. He started his management career at Big Boy in Fargo and then held various management positions with Sears Roebuck. He later returned to NDSU where he obtained an MBA in 1997. After earning his CPA, he started working at the Shooting Star Casino in Mahnomen and worked his way up to CFO before retiring in 2014. While pursuing his professional endeavors he continued his military career in the Army Reserve with numerous assignments. His final assignment was to the 9th Battalion, 5th Brigade, 104th Division in 1996. He conducted medical training throughout the 12 Western states. Within a month, he was chosen to be the Battalion Acting Command Sergeant Major and flew around the country teaching every phase of the U.S. Army Combat medic class. He had a 28 year military history retiring as Master Sergeant (E8) from the military in 2007 and he earned numerous military awards and decorations throughout his career. Larry loved movies, especially Disney, and had quite an extensive collection. He was an extremely talented artist, enjoyed music and singing and was part of the Tremble Clefs choir (a local Parkinson’s singing ensemble). He loved to bake and made countless birthday cakes and treats for his family, even making his daughter’s wedding cake. He was a devoted family man who loved spending time with his family and was always there for them no matter what. He loved to laugh, play and tease his children as well as his nieces and nephews. He liked to jump out and scare people, dangle kids by their feet, tickle torture, and give snake bites. Larry and Anna loved to travel, enjoyed camping as a family and took numerous road trips all over the USA and Canada. He is survived by his wife Anna, his daughters Janie Breth (Adam), Elizabeth (Liz) Kindseth and Jacqueline (Jackie) Kindseth and his grandchildren Justin Rudnick and Julia Breth. He is also survived by his sisters Rosalind (Loren) Lene, Heather (David) Pederson, brother Bruce (Ann) Kindseth and sister-in-law Ruth along with numerous nieces and nephews. He was preceded in death by his parents Howard and Camille and his brother Douglas. A private service will be held on Friday, April 24, 2020 at 2:00 p.m. and will be live-streamed on Hanson-Runsvold’s website https://hansonrunsvold.com/obituaries/Larry-Kindseth/. A memorial service will be from 11:15 a.m. to noon, followed by a celebration of life from noon to 2 p.m., Saturday, April 23, 2022 at El Zagal Shrine in Fargo. In lieu of flowers, the family asks you to consider making a donation in Larry’s honor to one of these organizations: Hospice of the Red River Valley (https://www.hrrv.org/) HeartSprings (http://www.heartspringscenter.org/) Midwest Parkinson’s Initiative (http://www.midwestparkinsons.org/

In Loving Memory Larry Dean Kindseth, 72, of Fargo, ND, passed away on Saturday, April 18, 2020, after a long battle with Parkinson&#8217;s disease. Larry was born to Howard and Camille (Severson) Kindseth in Crookston, MN. He was baptized... View Obituary & Service Information

The family of Larry Dean Kindseth created this Life Tributes page to make it easy to share your memories.

Send flowers to the Kindseth family.