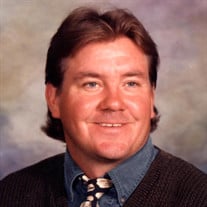 Ladd Wayne Bjugson, 57, of Fargo, North Dakota, passed away Sunday, September 26, 2021 in his home. Ladd was born August 25, 1964 at St. Luke's Hospital in Fargo, ND to the proud parents of Halvor and Shirley (Sande) Bjugson. He attended grade school at Horace Mann Elementary, junior high at Ben Franklin, and high school at Fargo North, graduating in 1982. Ladd then went on to attend junior college at Northland (Thief River Falls, MN), where he was a member of the baseball and hockey teams. He then went on to attend NDSU where he was also a member of the hockey team. Ladd was a very passionate and caring person who touched the lives of countless individuals. There was nothing more important to him than friends and family. Ladd's presence alone and his warm smile could light up a room. He loved deeply. There were no limitations to his love. He was always there to listen, lend a helping hand, give a hug, as well as to share some laughs or tears. Ladd was extremely loyal to family and friends, as well as to the North Fargo community. In his early years, Ladd developed his love for competition on the fields and hockey rinks of Horace Mann and Michelson. There was nothing he enjoyed more about sports than the comradery he shared with his fellow teammates. On the baseball field, Ladd was a two-year starter with the Fargo American Legion Post 2 Baseball team, finishing state runner-up in 1982. The following year, Ladd and his team won the 1983 North Dakota American Legion Class A State Championship, also finishing 3rd in the Midwest Regional Tournament. He was named the North Dakota American Legion Class A Baseball Player of the Year. Ladd also excelled in hockey, playing for the Fargo North Raiders Youth Program, where he won the Heisler Trophy for most outstanding bantam player. He then went on to play three years of high school hockey at Fargo North, winning back-to-back State Championships in 1981 and 1982. As a captain of the '82 team, Ladd was named All Conference and All Tournament. After his playing days were over, Ladd took his passion for the game to coaching. He coached for both the Fargo Flyers and Fargo Raiders youth programs, as well as at the high school level, being part of both the boys and girls Fargo North Spartans hockey teams. He also helped start and coach the Fargo North Spartans girls softball program. In all of his years of coaching, he touched the lives of many. Ladd was a part of seven State Championship teams as a player and as a coach. Ladd was employed by Pepsi in Fargo for 20 years, where he received awards for his service and dedication to the company. Ladd is survived by his brothers, Mitch Bjugson (Tammy) of Flowering Branch, GA and Dave Bjugson of Roseau, MN; two adoring nieces, Bethany Bjugson Vasović (Milos) of Naples, FL and Anja Bond (Colin) of Fargo, ND; two nephews who idolized Ladd, Ben Bjugson (Trisha) of Nashville, TN and Cole Bjugson (girlfriend Emily) of Roseau, MN; along with many other family and friends. Ladd is preceded in death by his parents and grandparents. In lieu of flowers, memorials may be made to Fargo Post 2 American Legion Baseball.

The family of Ladd Wayne Bjugson created this Life Tributes page to make it easy to share your memories.

Send flowers to the Bjugson family.