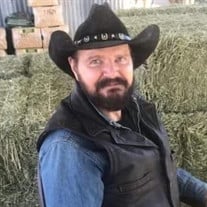 UPDATED SERVICE INFORMATION BELOW The service for Kim and his father, Richard will be livestreamed here: https://vimeo.com/566661744 On Wednesday, May 26th 2021, Kim Robinson, loving husband, son and brother passed away at age 65 due to Parkinson's Disease. Kim Richard Robinson was born on November 13th, 1955 in Minot ND to Richard and Ila (Larson) Robinson. He graduated from Minot High School in 1974. He attended and graduated from the University of ND (Grand Forks) with a BS degree in 1978, as well as pursued graduate studies in Microbiology at UND. Kim obtained his Master's degree in HealthCare Administration in 1988 from Webster University. Upon graduation from UND, Kim "headed south" to start his Microbiology career. He initially moved to Brownsville TX, which was followed by microbiology positions in hospitals in McCallen TX, San Antonio TX, Birmingham, Alabama, and Columbus OH; however, he found his true "home" in Las Cruces NM in 1999 where he resided until the time of his death. Kim's career spanned over 40 years in hospital microbiology. On April 13th, 2021, Kim was married to his longtime partner and friend, Mark Hohnstreiter. Kim was an avid horseman and loved spending his free time at the stables with his friends and his favorite horse Belle. Kim had a great sense of humor and was a kind and gentle soul. He was a huge Pink Floyd and ELO fan. He spent many hours watching videos of past performances of both bands. Kim was preceded in death by his maternal and paternal grandparents. He is survived by his parents (Richard and Ila Robinson), siblings Diana Johnson, Cindy (Chuck) Koenig, Scott (Marcia) Robinson and Bonnie (Bruce) Mitzel as well as several cousins, nieces, nephews and great nephews. A special thank you to Kim's caregivers Marlene, Patricia, and his husband Mark for all the kindness and care provided to Kim during his illness. A memorial service for Kim and his father, Richard, will be held on Wednesday, June 30th, 2021 at 10:30am at Olivet Lutheran Church in Fargo, ND.

UPDATED SERVICE INFORMATION BELOW The service for Kim and his father, Richard will be livestreamed here: https://vimeo.com/566661744 On Wednesday, May 26th 2021, Kim Robinson, loving husband, son and brother passed away at age 65 due to Parkinson's... View Obituary & Service Information

The family of Kim Richard Robinson created this Life Tributes page to make it easy to share your memories.

The service for Kim and his...

Send flowers to the Robinson family.