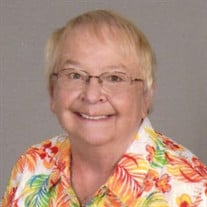 Kathy's Celebration of Life can be viewed here: https://vimeo.com/653049252 Kathy's Prayer Service can be viewed here: https://vimeo.com/653049998 Kathy's tribute video can be viewed here. https://www.tributeslides.com/tributes/show/LZ7ZCY9HPJNCPX8D Kathy Stigman passed away on December 2nd, 2021, at Essentia Hospital in Fargo, following a brief illness. She was surrounded by her husband, two children, and son-in-law. She was a well-known educator in the Fargo schools for nearly 40 years, championing the educational rights of students with special needs. Kathy was born, with her identical twin sister Margaret, in Park Rapids, Hubbard County, MN, on August 21st, 1946. She attended elementary school, junior high school, and graduated from Park Rapids High School in 1964. Kathy graduated from Moorhead State College (MSUM today) in 1968 with a Bachelor of Science degree in elementary education and a minor in Special Education. She was then hired as the first special education teacher at the Twin Valley, MN, Public School. Two years later she was hired by the Fargo Public Schools to teach special education at Woodrow Wilson School. In 1979 she earned a Master of Arts Degree in Multiple Handicapped Education from the University of Northern Colorado in Greeley, CO. She was then named as a Special Education Coordinator in the Fargo schools. After two years in that role she earned a Master of Arts Degree in Educational Leadership from Moorhead State University (MSUM today). She was the principal at Roosevelt Elementary School in Fargo for four years, was then moved to Longfellow Elementary School as principal, and retired in 2008. She taught a class and supervised student teachers as an adjunct faculty member at Minnesota State University Moorhead for four years before fully retiring as an educator. Kathy married her high school sweetheart, Jerry Stigman, on August 12th, 1967. Throughout their 53 ½ years of marriage they lived in Glyndon, Twin Valley, Moorhead, Fargo, and Pelican Rapids. Following their retirement in 2008 they have lived year round at their lake home on Lake Franklin, near Pelican Rapids. Kathy loved life at the lake, except for the bugs and the rodents. She enjoyed fishing very much and was very disappointed when her physical condition wouldn’t allow her to navigate the steps down to the lake or to get into and out of the boat anymore. She loved the multitude of birds and gorgeous sunsets at the lake. Kathy is survived by her husband Jerry of 53 ½ years; her son Daren (Jeanie) of Delano, MN; her daughter Meghan (Erik Thompsen) of Moorhead; and her three grandsons: Joshua Stigman, Walcott, ND; Aidan Stigman, student at NDSU; and James Stigman, Delano, MN; her brother Robert McCollor, Minnetonka, MN; her identical twin sister Margaret Thompson, Tamarac, FL; and by a multitude of dear friends. Kathy was preceded in death by her parents, Ray and Esther McCollor; her sister Joan Hovdestad; her in-laws Lloyd and Helen Stigman; her grandparents; and by numerous aunts and uncles. There will be a prayer service at Hanson-Runsvold Funeral Home in Fargo on Tuesday, December 14th; visitation will be from 5:00 to 6:30 p.m. with the prayer service at 6:30 p.m. Kathy’s funeral will be at Trinity Lutheran Church in Pelican Rapids, MN, at 10:00 a.m. on Wednesday, December 15th, with visitation an hour prior to the funeral at the church. Kathy’s family requests that, in lieu of flowers, memorials be considered to Special Olympics or the ARC.

The family of Kathryn "Kathy" Stigman created this Life Tributes page to make it easy to share your memories.

Send flowers to the Stigman family.