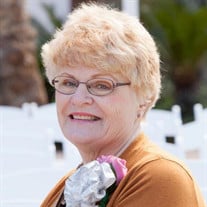 Kathi's memorial service can be viewed here. https://vimeo.com/655131452 Kathi's tribute video can be viewed here. https://www.tributeslides.com/tributes/show/TPPHS7QRZY5CP82L Kathryn Annette Skoog was born July 15, 1941 to Carl and Esther (Engnes) Skoog. She grew up in the middle of their big family on the farm near Christine, North Dakota. She graduated from High School there in 1959 and went on to college in Wahpeton, at the State School of Science. While there she met Gene Kielb and they married on November 19, 1960 in Wahpeton. She worked as a secretary for a short time while Gene continued his studies. When he graduated from NDSU the family moved to Milwaukee, and later Waukesha, Wisconsin. After Wisconsin the family returned to North Dakota, living in Lisbon before and after a few years in Spokane, Washington. After their divorce, Kathi worked at the Golf Club in Lisbon, then Prime Wood in Wahpeton, Petro, GEM, and American Linen in Fargo before retiring in 2006. During their marriage, Kathi enjoyed entertaining guests from around the world, related to Gene’s work. She enjoyed travel to Korea and Europe. They were regular bridge players and golfers. She loved to read. She was a cantor at church for several years. She was our Girl Scout and 4H Leader. During these years she referred to herself as a “Domestic Engineer,” and with five children and frequent moves, it was very true. Her family was her pride and joy. In more recent years she had become an avid bridge player, always proud to announce that she had taken first or second any given week. She spent hours knitting slippers for grandchildren and great-grandchildren, and even had some to spare for the women’s shelter. She spent many an hour on the phone with her children, grandchildren, siblings, nieces, nephews, and friends. She enjoyed every minute with her children, grandchildren, and great-grandchildren. She is survived by her children, Jacki (Robin) Brophy of Fargo, Terri Hallquist of Wahpeton, Bobbi (Dave) Munkeby of Ft. Ransom, Carl (Amber) Kielb, and Andrea (Joe) Mailloux of Lisbon, and 14 grandchildren and many great grandchildren each of whom she loved dearly and bragged about unceasingly, also by her brother Wayne (Janice) Skoog of Del Valle, TX, her sister Sandra Breiner of Mandan, her sisters-in-law Erlys and Kay Skoog, her former husband, Eugene Kielb of Cave Creek, AZ. Kathi was preceded in death by her parents, Carl and Esther Skoog, her brothers, Kenny and Bob Skoog, her sisters, Ruth (Norrie) Olson, Elsie (Claire) Edenstrom, Elvina (Dennis) Edenstrom, Elaine (Dale) Wittman, brother-in-law Paul Breiner, and her son-in-law Brian Hallquist.

The family of Kathryn "Kathi" Kielb created this Life Tributes page to make it easy to share your memories.

Send flowers to the Kielb family.