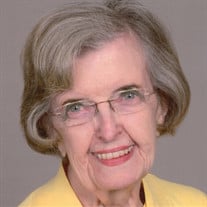 “But he gives more grace. Therefore it says, “God opposes the proud, but gives grace to the humble.” June Tweten, 88, humble servant of God, passed away peacefully in the early hours of Saturday, February 22, 2020. Helen June Gjelsness was born to Fred and Elizabeth Gjelsness on April 18, 1931 in Reynolds, ND. She married Malcolm Tweten on June 16, 1951. Together they grew their family, choosing Steve, Erik, Bill and Liz, followed by Margaret, Dan and Jon. As the family grew to include grandchildren and great-grandchildren, her love and involvement expanded to them as well. Saturdays included the smell of her baking her beloved “Grandma June buns.” It was in the home where she joyfully used her gifts of hospitality, genuine interest in others, and earnest listening to build others up. She embodied graciousness. Even when the aches and pains of aging took hold, her faith in God’s goodness enabled her cheerful outlook, which she was all-too-willing to share with those around her. Her family extended into the church as well, spending many fond years engaged in the life of Highland Lutheran church women’s groups, Bible studies, and Sunday School. Malcolm and June moved to Fargo in 1994, and joined the church family at Messiah Lutheran. She lived out her childlike faith in Christ's grace by being the glue in her family, the one who united a group, and being an impeccable hostess to all. She saw God’s handiwork in people, and truly loved them. It made you want to be around her. She was a woman of many talents, from rosemaling and creating banners to writing and genealogy, but it was her love of music that influenced several generations. June enjoyed singing throughout her life and shared both her beautiful voice and enthusiasm with all those around her. She assembled choirs and groups with whomever was available, and even though many were “volun-told,” no one ever wanted to say no to June. Family gatherings always included a rousing four-part table grace followed by her gleeful clapping at the rich harmonies. To the end, she joined in choruses unheard by the rest of us. She is survived by seven children: Steve (Kelly), Erik (Carol), Bill (Douglas), Liz (Bernard) Sanborn, Margaret (Greg) Asheim, Dan (Annetta), and Jon (Jessica); 19 grandchildren: Andrea (Jon) Steinmetz, Heather (Michael) Torrance, Cecelia (Marcus) Frank, Micah Tweten, Eion Tweten, Alex (Jenny) Tweten, Elise (Andy) Pokel, Vincent Tweten, Jennifer (Scott) Peterson, Nick Sanborn, Rebecca (Austin) Asheim Keller, Collin Asheim, Ben Asheim, Annika Tweten, Gabrielle Tweten, Siri Tweten, Emma Tweten, Elijah Tweten and Sophia Tweten; 15 great-grandchildren; twin sister Jean Moen, sisters-in-law Erlys (Del) Hedlund and Carol Tweten, brother-in-law Clark Tufte; and many nieces and nephews. She was preceded in death by her husband Malcolm, brother Maurice Gjelsness, sisters Betty Majors and Marilyn Champeau, and grandsons Christopher Sanborn and Evan Tweten.

The family of June Tweten created this Life Tributes page to make it easy to share your memories.

“But he gives more grace. Therefore it says, “God opposes the...

Send flowers to the Tweten family.