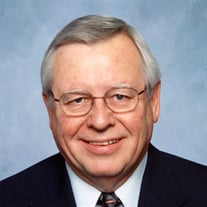 Joseph James Gerszewski, age 74, of Fargo, ND, and formerly of Williston, ND, passed away Sunday November 10, 2019 at the VA Hospital in Fargo, ND. Joseph was born April 17, 1945 to Theodore (Ted) and Eugenia (Rogalla) Gerszewski in Grafton, ND. He grew up in Warsaw, ND, attended the Warsaw school, and graduated from Minto High School. He was inducted in the Army and served in the Vietnam War for 366 days. While serving in Vietnam, he was recommended for the Vietnam Certificate of Achievement Award by the acting commander of the 1st Battalion, 40th Artillery. After returning from Vietnam, he graduated from the University of North Dakota with a B.S. in Business Administration. After graduation, Joseph worked for S.S. Kresge in Iowa and soon after moved to the Chicago area and managed S.S. Kresge, a Jupiter store, and was an assistant manager at a Kmart store. He met Constance (Connie) Peters in 1971. They were married in Streamwood, IL November 5, 1977. Joseph worked for Kmart Corporation for 32 years in Iowa, Illinois, Michigan, and North Dakota. In 2003, Joseph retired from Kmart and became a real estate agent with Basin Brokers in Williston, ND for 10 years. Over their 42 years of marriage, they lived in Justice, IL, Spread Eagle, WI, Richton Park, IL, Williston, ND, and most recently Fargo, ND. Joseph is survived by his wife of 42 years, Constance; children, Michael Gerszewski, and Elizabeth (Codie) Bingeman; grandchildren, Aria, Ivy, and Lucas; sisters, Leona (Herman) Schuster and Delia (Jim) Wessel; brothers, Lyle (Mary Christine) Gerszewski and Melfred (Connie) Gerszewski, and many nieces and nephews. Joseph was preceded in death by his parents, Theodore and Eugenia; niece, Christine Peters-Holt, nephew, Dean Schuster, father-in-law, Walter Peters and brother-in-law, Herman Schuster. Please consider memorials to Mayo Clinic Foundation, VA Medical Centers, or Catholic Charities.

The family of Joseph James Gerszewski created this Life Tributes page to make it easy to share your memories.

Joseph James Gerszewski, age 74, of Fargo, ND, and formerly of...

Send flowers to the Gerszewski family.