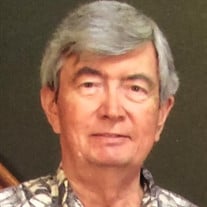 John's service can be viewed here: https://vimeo.com/637872369 John Andrew Skonnord was born May 27, 1941, in Fargo, ND, to Theodore and Cora (Hogan) Skonnord. He was baptized and confirmed at Pontoppidan Lutheran Church and remained a lifelong member. John attended Fargo Public Schools, graduating from Fargo Central High School in 1959. He attended and graduated from Moorhead State College with both his Bachelor's and Master's degrees. John continued his education, receiving his Doctorate in Comparative Literature from the University of Minnesota, while also at the University as Graduate Assistant and an Instructor. He then taught at Ottumwa Heights and Grinnell Colleges in Iowa before returning to Fargo to pursue a new career in computers. John moved to St. Paul, Minnesota, from Fargo and was employed as a Technical Report Writer for computer systems by Sperry, which eventually became Lockheed Martin. He worked for Lockheed Martin in the Defense Division until his retirement in 2009. He married Sally Miller on January 6, 1984, in Cleveland, Ohio. Following his retirement, he lived in his longtime home in St. Paul. After his diagnosis of Parkinson's, he moved to Edgewood Vista in Fargo, ND, to be closer to family. John passed away on September 2, 2021, at Lilac Homes Assisted Living. John had a wide variety of interests and hobbies. He loved learning, was a voracious reader, and loved writing. He especially loved his time at the Pelican Lake family cottage, built by his father. At one of his last visits to the lake, he commented: "If this isn't heaven, I don't know what is." He developed a love of woodworking from his father and spent many summers working on his Ole Lind fishing boat, his sailboat, and his handmade canoe. He also loved fishing, hunting, trap and skeet shooting, and golf, participating in the golf and skeet shooting teams at Lockheed Martin. John’s passion for old cars led him to restore his 1973 Hurst Oldsmobile, which is still in the family. He enjoyed and appreciated the time spent with his close friends. He enjoyed his travels to Cleveland to spend time with his wife, Sally. John took great pride in his Norwegian heritage, as well as baking and cooking - his sandbakkels were amazing and the family's favorite Christmas gift! John was a devoted husband, brother, and uncle. He cared for his family deeply and always enjoyed visits with his wife, sister, niece, and nephews, and his grandnieces and grandnephews. He is survived by his wife; Sally Miller, Cleveland, OH; sister, Betty Trogstad, Niece Susan (Kevin) Koskela; nephews Brian (Sarah) Trogstad, and Mark (Jennifer) Trogstad; grandnieces and grandnephews, Olivia and Seth Koskela, Luke, Andrew and Nate Trogstad and Samantha, and Peyton Trogstad. He was preceded in death by his parents Cora and Theodore Skonnord; Aunt Christine Hogan, and Brother- in-law Jerald Trogstad. His family greatly appreciates the compassionate care he received while a resident at Edgewood Vista and Lilac Homes Assisted Living. Memorials can be made to Pontoppidan Lutheran Church, Parkinson's Foundation of Fargo, or Hospice of the Red River Valley.

John's service can be viewed here: https://vimeo.com/637872369 John Andrew Skonnord was born May 27, 1941, in Fargo, ND, to Theodore and Cora (Hogan) Skonnord. He was baptized and confirmed at Pontoppidan Lutheran Church and remained a lifelong... View Obituary & Service Information

The family of John Andrew Skonnord created this Life Tributes page to make it easy to share your memories.

Send flowers to the Skonnord family.