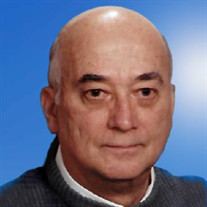 John Edward Monzingo 6/1/1934 – 4/15/2021 John Edward Monzingo passed away on April 15, 2021, at the age of 87. He was at home with his family at the time of his passing. Dr. Monzingo was born on June 1, 1934, to Earl and Minnie (Miller) Monzingo in Fairview, Oklahoma. He was the 6th of 7 children, and the last born before their move to California in 1937. He loved telling stories about his time growing up in Compton, CA. His family lived in a garage that had been sectioned off for a semblance of privacy, but there was no shortage of shenanigans with 5 older siblings and a baby brother in such tight quarters. His favorite part of living in a garage was instead of having a regular front door, they had large barn-style sliding doors, and he loved to pull them open. He also recalled how the Internment of Japanese Americans radically changed his world view and started his interest in politics. He remembered watching neighborhood families reluctantly getting ready to leave, and then one day nearly a third of his second grade classmates were gone. He never saw his friends again and was forever shaped by the injustice of it. At age 18, John started an Electrical Construction Worker apprenticeship and then worked as an electrician while furthering his education. He was a proud member of his union, the International Brotherhood of Electrical Workers, for 15 years. John met his wife of 57 years, Carolyn (Berry), at Pasadena City College soon after he started his higher education. They were married in 1963 in Pasadena, California, and remained there while John finished his PhD at Claremont Graduate University and taught at California State University at Los Angeles. In 1970, John accepted an offer to join the political science department at NDSU in Fargo, ND. During his 33 years at NDSU, he was instrumental in establishing the Tri-College chapter of Pi Sigma Alpha and served as advisor for 25 years. John made many lifelong friends while on the NDSU campus. The John Monzingo Political Science Writing Award was established at his retirement because he always felt strongly about the English language, research, and expression. John and Carolyn raised two children in North Fargo. He claimed to never regret leaving sunny California for freezing North Dakota because it was just better here. And, although he moved several times since arriving in Fargo, all three of his houses were within one and a half blocks of each other in his favorite North Fargo neighborhood. He loved spending time in the garage using his woodworking tools and was very skilled in making things. He completed countless projects and was always fixing something. When his children were young, he coached many softball teams, led a Boy Scout troop, and, with family, drove to many of the National Parks between the Mississippi River and the Pacific Ocean. He is survived by his wife, Carolyn Monzingo, his son Peter Monzingo (Dana Jenkins), his daughter Elizabeth Monzingo (Derek Kube), and his granddaughter Olivia Jenkins. John’s family is grateful to his care team at Fargo Sanford Hospice. Without the caring support and expertise of the nurses, social workers, and CNAs, we would not have navigated these uncharted waters so well. Thank you for this gift. In lieu of flowers, please send a contribution to one of the following: Sanford Hospice 820 4th St. N #0274 Fargo, ND 58122 NDSU Foundation P.O. Box 5144 Fargo, ND 58105 In the memo line, indicate either the Monzingo Writing Award or the Pi Sigma Alpha Outstanding Political Science Student Scholarship.

The family of John Edward Monzingo created this Life Tributes page to make it easy to share your memories.

Send flowers to the Monzingo family.