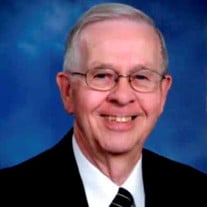 View Fred Bartholomew's Funeral Service Livestream Here: https://vimeo.com/664004795 Fred Bartholomew was called home to heaven at the age of 82 on Friday, January 7th, while in hospice care at Bethany Homes. His wife, Ann, daughters Lisa, Cyndi, and Michelle were at his side. Fred was born and raised in the Pembina County area, working and learning alongside friends and family. After graduating from St. Thomas High School, he headed to the University of North Dakota. Fred graduated from UND and was active during and after graduation with the ROTC Program. After graduating, he joined the U.S. Army and was stationed in Ft. Lee, Virginia, where he met his wife, Ann, of almost 59 years. He taught in Mandaree, ND, and South Junior High School in Grand Forks, ND. His Real Estate Career began in 1965 and retired in 2018, which included several states as a Realtor, Broker, and teacher of fundamental real estate courses at UND and University of Minnesota-Crookston. During Fred's career, he served on many boards and received numerous awards throughout his career. Fred had a degree in Music and History. His passion was music to include the piano and singing. He was in the Varsity Bards at UND, the choir director for many years at St. Mark's Lutheran Church in Grand Forks, sang in the choir at Marco Lutheran in Marco Island, FL, and was involved with leading and signing in the choir at Olivet Lutheran Church when he returned to Fargo, ND. He also joined the Master Chorale for several years. He was known for his laugh, smile, dad jokes, and caring, generous heart. He could talk to anyone, was a master networker and truly loved helping people find the perfect home. Later in his career, finding the right niche for people to start their business became his mission. He was always there to help anyone in need without question. Family was always the most important to him. He will be greatly missed by many. He is preceded in death by his parents, Byron and Frances, and is survived by his wife Ann and daughters Lisa, Cyndi, and Michelle, along with grandchildren Keenan, Jake, Lilith, Nick, Hailey and Aleister. In lieu of flowers, donations to the Alzheimer's Association in memory of Fred are welcome at https://www.alz.org/ or by sending donations to 2631 12th Ave S, Suite A Fargo, ND 58103.

The family of Fred Irv Bartholomew created this Life Tributes page to make it easy to share your memories.

Send flowers to the Bartholomew family.