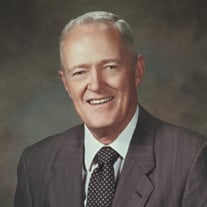 Just before the sun rose on December 23, 2020, Erwin Philip “Dit” Wenz passed away peacefully at his home in Roseville, MN. He was born on September 30, 1925, in Paterson, NJ, as the eldest child of Erwin Richard and Rosella Wenz. Throughout his 95 years, Dit played many roles – surgeon, soldier, hunter, fisherman, world traveler – though he cherished no role more than that of husband, father, grandfather, and great grandfather. One week after graduating from Hawthorne High School in 1943, Dit entered the United States Navy’s V-12 College Training Program serving in WWII. He earned a degree in Chemistry from Princeton University (Class of 1947), then proceeded to Long Island College of Medicine (SUNY Downstate) where he was awarded his medical degree in 1949. During his medical training, Dit was honorably discharged from the U.S. Navy at which time he enlisted in the U.S. Army. Shortly after completing his medical internship, the Korean War erupted and Dit was deployed serving as a battalion surgeon in the 31st Infantry Regiment, 7th Infantry Division. His dedicated and valiant service earned him a Purple Heart; Bronze Star with Oak Leaf Cluster with Valor; Bronze Star Medal; Combat Medical Badge; Korean Service Medal with 6 battle stars; Meritorious Unit Commendation; Republic of Korea Presidential Unit Citation; and United Nations Service Medal. On May 19, 1957, Dit married Lucy Edna Grubl. Following completion of his orthopedic surgery residency in Lincoln, NE, Dit & Lucy moved to Fargo, ND, to raise their family. Dit joined Dakota Clinic in June 1960 where he practiced for 25 years before retiring in 1985. His medical career was marked with many distinctions including designation as a clinical investigator for total hip implantations by the United States government. He performed the first total joints in North and South Dakota in the early 1970s. During his career, he served as the team physician for North Dakota State University for more than 20 years; Chief of Staff at Dakota Hospital; Chief of Orthopedic Surgery at both Dakota and St. John’s Hospitals; Chairman of the Board of Directors of Dakota Clinic; Clinical Professor of Orthopedic Surgery UND Medical School; North Dakota State Crippled Children’s Service; orthopedic consultant to the Veterans Hospital; and medical consultant to the Bureau of Indian Affairs. He was also a founding member of the Dakota Medical Foundation. Dit was active in the community as a member of the Rotary Club, Fargo Chamber of Commerce, and the Merchants National/First Bank Board of Directors. He served on the post graduate education committee and member of the first Board of Counselors for the American Academy of Orthopedic Surgeons. He was also a member of the Clinical Orthopedic Association, North Dakota State Orthopedic Association, and Min-Da-Man Orthopedic Association where he served as President. To the end, Dit cherished the value of education and remained a dedicated and proud supporter of Bison football, watching every game as though he were on the sidelines. His love for Fargo never waned as Fargo remained ‘home’ in his heart. Dit found great enjoyment outside of his work life with a passion for hunting, fishing, sailing, golfing, and travel. His favorite times were spent on Cotton Lake with family and friends. For more than 60 years together, Dit & Lucy made wherever they lived a warm, welcoming home. From Fargo to Mission/McAllen, TX, then back north to Roseville they made many friends and memories. Dit is survived by his faithful dog, Hildegard; his children Erwin P. (Pam) Wenz, Jr., Wendy (Peter) Benson, Susan (Philip) Prosapio, Russell Ratliff, Karen Ratliff; his five grandchildren Chris (Rachel) Benson, Lauren (Patrick) Kieliszewski, Luci (Andrew) Prosapio, Allison Benson, Philip (Natasha) Prosapio; and great grandchildren Sylvia and Maxwell; sister Lorraine (Edward) Dittamo; and numerous dearly loved extended family and friends. He is preceded in death by his parents and his beloved wife, Lucy. Memorials preferred to Lend A Hand Up, Dakota Medical Foundation, 4141 28th Ave S, Fargo, ND 58104, https://give.lendahandup.org/ or NDSU Foundation, Dr. E.P. & Lucy E. Wenz Endowment Fund NDSU Foundation, PO Box 5144, Fargo, ND 58108, www.ndsufoundation.com/wenz-endowment

The family of Erwin Philip "Dit" Wenz created this Life Tributes page to make it easy to share your memories.

Send flowers to the Wenz family.