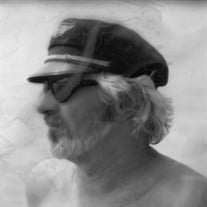 Duane Arlie Barnard, 90, died at Bethany Homes on October 25th, after a short battle with cancer. Born on August 21st, 1929 and raised in Fargo by parents Chester and Margaret Barnard, Duane had fond memories of adventures and fun with his ten siblings. After he served in the Air Force during the Korean war, Duane decided to raise his family in Fargo also. After a fulfilling career as a chef and teacher, he retired with his partner, Joan, to Little Pelican Lake, where they spent almost 40 years. When Joan passed away in 2015, he began living part-time in West Fargo with his son’s family. Duane was a chef, often working with family—at the airport café for his brother Ray, then with his brother-in-law, who owned Schoey and Duane’s. The pride of his career was the last 18 years, teaching culinary arts at Moorhead Technical College. Having many years of experience as a chef, he was an excellent instructor, making a significant impact on his students. In 1990, they lavished him with gifts, and sent him off to retirement on Little Pelican Lake in style. Even after 3 decades, a former student working in the kitchen of the VA hospital saw that Duane was a patient recently and came to see him. Duane and his brothers built the house he retired to at the lake. From the foundation to the shingles, they constructed the house exactly as Duane dreamed it. He spent many good years in that house, surrounded by his family on a cluster of properties on the north side of Little Pelican. Up to 70 people could be found at various gatherings at “The Ranch” (as he called it). Whether it was a fish fry, a garbage can stew party, a Chinese food feed, or delectable prime rib every Christmas, Duane took every opportunity to share his culinary skills with the people he cared about. He was at his happiest when he was hosting friends and family, ensuring that everyone was eating, drinking, and laughing. He was preceded in death by his parents, four brothers and three sisters; his partner Joan; two sons, Kirk and Dirk; and a grandson, Brett. He leaves his brothers, Herbie and Donnie; sister, Marilou; son, Kyle, and daughter-in-law, Dorothy; his grandchildren, Brad, Sara, and Charlie; his great-grandchildren, Brittany (Mason), Caitlin, Donnie, and Marissa; his great-great grandson Connor; and Joan’s sons, Charlie and Bill Cox. No services will be held.

Duane Arlie Barnard, 90, died at Bethany Homes on October 25th, after a short battle with cancer. Born on August 21st, 1929 and raised in Fargo by parents Chester and Margaret Barnard, Duane had fond memories of adventures and fun with his... View Obituary & Service Information

The family of Duane Arlie Barnard created this Life Tributes page to make it easy to share your memories.

Send flowers to the Barnard family.