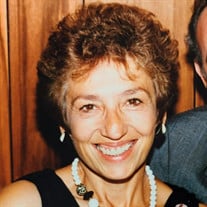 Dorothy Davis, 77, Fargo, died Monday, October 11th, after a brief battle with cancer. Dorothy was born in Neche, ND, on January 3rd, 1944, the daughter of John & Annie Windt. One of 5 children, she attended her first few years of her education in a one-room schoolhouse, then later attended school in the nearby town of Pembina, where she was active in many activities, including cheerleading for the basketball and football teams. After high school graduation, Dorothy attended Aaker’s Business College in Grand Forks, ND. She met the love of her life, Delano Davis, who was stationed at the nearby air force base when they were both out with their friends one weekend in downtown Grand Forks. It was love at first sight, and they were married two years later following her graduation from business school, and the couple moved to the Ernest Humer Air Force Base in Newfoundland, where they lived for a time, later moving to Columbus, Georgia, where their son Bradley was born. The family later moved to Ohio, Kentucky, Wisconsin and eventually moved to Fargo and making it their permanent home. Dorothy loved to bowl and was active on several area leagues, and was part of several champion teams during her league play. She was very active and enjoyed long walks, drives to the country, reading, and going to BINGO and the casino with her Mom and Sister Marian. She loved animals, gardening, enjoying trips to the lake, and traveling and had visited Spain, England, Mexico. Family was everything to Dorothy, and her grandchildren were the apple of her eye. Not only was she a cheerleader in high school, she was a cheerleader to her family throughout her life, and her infectious smile and laugh could light up a room. Under her high school graduation photo in her yearbook were the appropriately typed words: Sugar & Spice! She enjoyed spending time with her family, including holidays and picnics in the summer. Dorothy worked for JC Penney’s and later for Sanford Hospital, retiring in 2017. She had managed various apartment buildings that she & Del had resided in and took pride in keeping them clean and orderly, which she continued to do following her retirement from Sanford. Dorothy was preceded in death by her parents, Sister Marian & Brother Jerry. She is survived by husband Delano, Son Bradley (Kim), Brothers Bill (Brenda) Windt, Don (Jolene) Windt, Grandchildren Paige Davis (Tye); Seth Birnel; & Jill Ambuehl (Lucas), and numerous cousins, nieces, nephews. A private family graveside burial and celebration of life will be held at a later date. Memorial service was held in late October of 2021.

Dorothy Davis, 77, Fargo, died Monday, October 11th, after a brief battle with cancer. Dorothy was born in Neche, ND, on January 3rd, 1944, the daughter of John & Annie Windt. One of 5 children, she attended her first few years of her education... View Obituary & Service Information

The family of Dorothy Davis created this Life Tributes page to make it easy to share your memories.

Send flowers to the Davis family.