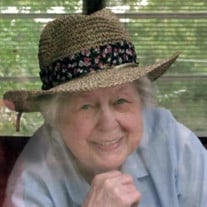 Delores Sando, 89, of West Fargo, ND, formerly of Grafton, ND, died peacefully on Monday, August 5, 2019 at her home, under the care of Hospice of the Red River Valley. Delores Genevive Holten was born September 1, 1929 in Ray, ND to Harold and Agnes (Nelson) Holten. She spent her younger years in Scoggins Valley, OR and later moved to Walsh County, ND, completing her education in Park River. Delores was working at a drug store in Grafton where she met and later married Bert Sando on November 12, 1946. Together they had seven children. Delores was a business partner with her husband throughout their marriage, and then she later became the sole owner of Bert’s Cafe in Grafton, ND in 1971. She eventually sold the cafe and moved to Longview/Kelso, WA to be closer to her parents and siblings, where she resided until the late 1980s. While in Washington she began her career in Hotel Management, which blossomed into her work passion for the next 13 years. In 1988, she moved back to Grafton, where she continued managing hotels until she moved to West Fargo, ND in 2005. Delores was a member of Hope Lutheran Church in Fargo, ND. She had many interests, such as sewing, cooking (she will always be remembered for her famous potato dumplings and lefse!), Swedish weaving, traveling, and learning new crafts, but above all else she wholly relished in her family and family time; family visits and family gatherings were the essence of her life. Delores will be remembered for her contagious smile and giggle, her sweet and tender demeanor, and her very quick wit. To say that she was adored and beloved by all that knew her is truly an understatement. With Delores’ passing and her journey Home, we find comfort in remembering one of her favorite life phrases, “All is well; all is well”. Delores is survived by her children, Diane Bernard; Rose Long; Kitty (Ed) Fullerton; Dwight Sando; Kim (Mel) Olson; Brenda Sando; grandchildren, Trish (Matt) Brodina; Tara (Nate) Kasprowicz; Garth Sando; Laith (Jen) Sando; Adam (Amanda) Sando; Drew (Sheena) Sando; Emily Holt; great-grandchildren, Caitlin Wiste, Hayden Kasprowicz, Natalie Kasprowicz, Camden Kasprowicz, Brock Sando, Luke Sando, Cade Sando, Trew Sando, Hadley Sando, Hudson Sando, Parker Sando; siblings, Curt (Iris) Holten, Sharon (Marv) Cumberland, Zula (Ted) Bryan, Gloria Schuster; several nieces and nephews and cousins. She was preceded in death by her parents, Harold and Agnes Holten; her baby daughter; grandson, Joshua Sando; siblings, Bruce Holten, Alden Holten, Dale Holten and son-in-law, Terry Long. A private family service will be held in accordance with Delores' wishes. The family would like to especially thank Dr. Burgaard, the staff from Hospice of the Red River Valley, and especially her “Angel” nurse, Chelsey. In lieu of flowers, the family requests donations be made to Hospice of the Red River Valley.

Delores Sando, 89, of West Fargo, ND, formerly of Grafton, ND, died peacefully on Monday, August 5, 2019 at her home, under the care of Hospice of the Red River Valley. Delores Genevive Holten was born September 1, 1929 in Ray, ND to Harold... View Obituary & Service Information

The family of Delores Genevieve Sando created this Life Tributes page to make it easy to share your memories.

Send flowers to the Sando family.