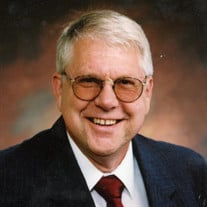 Curtis's Memorial Service can be seen here: https://vimeo.com/694897086 Curtis Lundberg passed away on February 18, 20222, at Baptist Medical Center in Pensacola, Florida. Curt was born August 31, 1951, to F.E (Whitey) and Ann (Weinmann) Lundberg in Grand Forks, ND. Their family moved to Forman and then to Fargo in 1997. Curt attended Holy Spirit School and graduated from Shanley High School in 1969. Curt spent most summers and school holidays at his grandparent's farm near Harvey, ND. Curt attended NDSU and graduated with a BS degree in Music Education in 1974. Curt loved teaching elementary band for a short time. He began graduate school at NDSU in counseling and guidance and completed his ROTC commitment. Curt was commissioned in the US Air Force as 2nd Lt. in the fall of 1974. Curt Served on active and inactive duty until 1988. Curts's love for music became his focus. Curts's main instrument was the tenor saxophone, but he played an array of instruments. Curt was proud to have been a 6-year member of the NDSU Gold Star Marching Band. He also played in the NDSU concert band, jazz band, several dance bands, FM Community Summer Band, Lake Agassiz Concert Band, and over 20 years with the FargoTheater Big Band. Curt was a founding member of the NDSU Gold Star Alumni Band. Curt worked Several summers for NDSU Agronomy Dept. while in college. After his active duty in the Air Force, he worked briefly for Berg Fargo Motor. He began his career as an insurance adjuster in 1976with GAB. He worked for GAB in Grand Forks, Jamestown, and Fargo. He was hired by Auto-Owners Insurance Co. in 1981. Curt became the Claims Manager for the Fargo office and remained with AO until his retirement in 2012. Curt married Barbara Short in May 1979. They raised two children, Karen and Mike. The family lived in Fargo and spent summers at their lake cabin on Pickerel Lake in Minnesota. The family also took several vacations to Arizona and California during the cold Februarys. Curt and Barb became snowbirds in Perdido Key, Florida, after retirement. Curt had so many interests. He loved old cars and owned a 1965 Corvette and a 1971 Malibu. He Collected pre 1900 Winchester firearms and sporting goods, along with old ammunition and "cowboy" things. Curt was continually adding to and changing his fleet of John Deere lawn tractors. He also loved going to antique stores to find treasures like old bottles, tools, furniture, and decanters. Above all, Curts's main interest was his family and friends. Curt loved to visit, and everyone was important to him. Curt is survived by his wife, Barb of Fargo, ND; daughter Karen of Eden Prarie, MN; son, Mike of Fargo, ND; and his sister LeAnn of Eagan, MN; brother-in-law, Roger (Sue) Short of Concord, CA; sister-in-law, Linda (Garth) Koller of San Marcos, CA; along with several uncles, aunts, cousins nieces, and nephews. Curt was preceded in death by his parents, Whitey and Ann Lundberg, his infant brother, Gary, along with his grandparents, several uncles and aunts, and cousins. Curt's memorial service will be held on Friday, April 1 at 11:00 AM at Hope Lutheran Church-North Campus in Fargo, ND. Visitation will be held one hour prior. Burial will take place at the Fargo National Cemetery in Harwood, ND. In lieu of flowers, memorials are preferred to the future Music Education Scholarship in honor of Curt's. His family is in the process of establishing this award at NDSU. Any donations or memorials will be added to the scholarship. Other donations can be made in Curts's name to the charity of your choice.

The family of Curtis Wayne Lundberg created this Life Tributes page to make it easy to share your memories.

Send flowers to the Lundberg family.