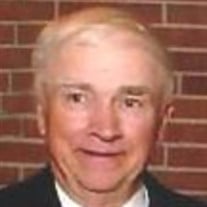 Charles’ service can be viewed here: https://youtu.be/Moj88l07fGk Charles John Rousu was born in Becker County, MN (rural Callaway) on March 12, 1930, to Ale Emil Rousu and Emma Lydia Rousu (nee Pellinen). He attended country school for his first eight grades and then for grades 9—12 attended the University of Minnesota School of Agriculture at Grand Rapids, MN which was a boarding school. He worked for the school to help defray his expenses there. He was a good student, and often reminisced about his experiences as a student or the lessons taught in classes. In later years, he took a course in real estate at NDSU. Charlie was confirmed and later a member of Beautiful Savior Lutheran Church. He served in the US Army for two years. He was in the Korean War with the 3rd Infantry Division from Feb 53 to May 54. He attained the rank of sergeant. Of late, he often referred to himself as an "old vet" with patriotic pride. After the Army, he went to work in the iron ore mines near Hibbing, MN. He also worked in the gold mines in South Dakota. On January 15, 1957, Charles married Joyce LeGoo. They lived on County Road 110 (otherwise known as Goat Ranch Road) in Sugarbush Township, MN where he farmed, raised sheep, was an avid hunter and trapper, running a trapline that was 700 miles long. In addition, he sold property insurance for Lake Park & Cuba many years. He also started a business that he called "Minnesota Aquatic Nurseries" (which still exists today). It involved his son, Mike and him harvesting wild rice all over Northern Minnesota. It also dealt with sago and other duck related plants. He was a dedicated naturalist who loved the outdoors. On October 17, 1980, Charles married Jennie Schuler, a widow with three sons living in Fargo. With the birth of their daughter, Emily, there were seven children now in their blended family--three girls and four boys. The boys were in their element having a father like Charlie, and the girls loved him, too. One time he hosted and supervised a sleepover on the farm for his daughter and two of her friends from Fargo and took them fishing. "A good time was had by all," (a favorite saying of his). In the eighties, he and his stepson, Erich, decided to try having a table at a Fargo gun show and this developed into a very successful career as a dealer in firearms for Charles. Not only was he a good salesman, but he was more than fair in dealing and very knowledgeable about firearms. He has not been involved in shows for many years now. He also loved to play the guitar, accordion, piano, and harmonica, and enjoyed many types of music. He had quite a repertoire of songs he could play and sing. He really liked to play duets with his daughter, Emily, playing the violin. He was also interested in history, including subjects like lost & ancient civilizations. He commented on how more should be taught about these subjects in school. He hoped, one day, to travel to the ruins and to see them in person. He often spoke of the wisdom of King Solomon. Charlie always had a positive outlook toward life and confidence in the young generation's ability to succeed, in contrast to the typical attitude of many older people. However, he didn't try to impose his will on them or smother them with overprotective love. He was a very well-liked individual by almost everyone—young or old. Charles passed away on October 18, 2021, at Sanford Hospital, due to COVID-19 complications. His survivors include: his wife, Jennie, Fargo, ND; children: Cindy Rousu, Las Vegas, NV; Debra (Robert) LaRiccia, Spencer, OH; Michael (Julie) Rousu, Callaway, MN; stepchildren: Keenan (Renae) Schuler, New London, WI; William Tyson Schuler, Fargo; Erich (Kristi) Schuler, Bedford, TX; grandchildren: Megan Rousu; Marissa Rousu, Callaway; Margo (H.J.) Gerdes, Detroit Lakes, MN; Ally Rousu, Detroit Lakes; Andrew "Drew" Wollin, Fargo; step grandchildren: Aaron Schuler, New London; Matthew Schuler, Kalamazoo, MI; Rachel Schuler, New London; Lucas Schuler, Bedford; great grandchild: Aurora Dawn Rousu, Callaway; sisters: Mimi Luedetke, Mahnomen, MN; Phyllis St. Claire, Callaway; Claire Hill, Aitkin, MN; Jean Johnson, Callaway; Patsy Johnson, Maple Grove, MN; sister-in-law: Sue Rousu, Ogema, MN; brothers: Tom (Lee); David (Delores); Paul (Margie), all of Callaway. He also is survived by many beloved nieces, nephews, cousins, and friends. He was preceded in death by an infant sister, Patsy; his parents; brothers: Timothy, George, and Dan Rousu; sisters: Donna Wayman and her husband, Neil Wayman; Blanche Niemi and her husband, John Niemi; and his daughter, Emily Wollin.

The family of Charles John Rousu created this Life Tributes page to make it easy to share your memories.

Send flowers to the Rousu family.