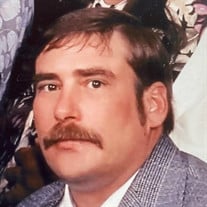 Brian Stephen Bucholz, age 62, of Fargo, North Dakota, passed away in his home on June 24 and went to be with the Lord. Brian was born in Perham, Minnesota, on March 4, 1959, to Stephen and Irene (Kunze) Bucholz. In 1977 Brian graduated from Perham High School and later from Detroit Lakes Technical College and North Dakota State School of Science. Brian loved his country and served in the National Guard with training being in Georgia and South Carolina. In 1984 Brian was united in marriage to Linda Johansen, and from that union, they were blessed with three children. Brian and Linda later divorced. Over the years, Brian held several jobs, with welding being one of his favorites as he was an expert welder. For a period of time, Brian lived in Texas but missed his family and life in the north and returned to the Fargo area. Brian enjoyed being with family and friends and spending time at Paul Lake and Ottertail River. He enjoyed hunting, fishing, reading, and cooking. He was a sensitive soul with a huge kind heart. He loved his family and friends and will be missed by all who knew and loved him. Brian is survived by his son, Peter Bucholz, West Fargo; daughters, April Bucholz, Fargo, and Carissa Bucholz, West Fargo; siblings, Annamary (David) Dean, Minnetonka; Eric Bucholz, Perham; Lisa (Albert) Werner, Richville; Monica Bucholz, Sauk Rapids; Fay (Steve) Bistrum, Shakopee; Glen (Twyla) Bucholz, Detroit Lakes, and numerous nieces, nephews and cousins. Brian was preceded in death by his parents; brother, Raymond Bucholz; sister, Kathy Lachowitzer; brother-in-law, David Dean; and great-nephew, Steen Mursu. A private memorial service and celebration of his life will be held at a later date, with interment being at St. Stanislaus Cemetery, Perham, MN.

Brian Stephen Bucholz, age 62, of Fargo, North Dakota, passed away in his home on June 24 and went to be with the Lord. Brian was born in Perham, Minnesota, on March 4, 1959, to Stephen and Irene (Kunze) Bucholz. In 1977 Brian graduated... View Obituary & Service Information

The family of Brian Stephen Bucholz created this Life Tributes page to make it easy to share your memories.

Send flowers to the Bucholz family.