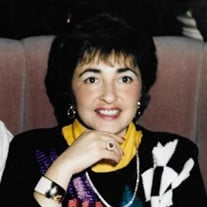 Andria Marie Kragnes, a loving, caring, and fiercely loyal wife, mother, daughter, sister, and grandmother, was called home on November 28, 2021, while surrounded by her family. On October 1, 1948, in Fargo, North Dakota she became the first-born child of Frank and Ledene Suppa. Allan Kragnes, born just 9 months earlier, had no idea his future lifelong best friend, partner, and soulmate was born that day, but more on that later! It wasn't long before Andria became the quintessential big sister to her two brothers, Frank Jr. and David, and of course, as the only girl, her father's princess. She was a proud member of the last graduating class of Fargo Central High School in 1966. In 1968 she started her career of helping others as a proud graduate of the North Dakota State School of Science as a Licensed Practical Nurse. After thirty-two years of helping others as an LPN she became a Registered Nurse in 2000 graduating from Sanford-Brown College in Kansas City, Missouri. During her many years as a nurse, she practiced at hospitals and clinic's in Fargo and Bismarck, ND, and Kansas City, MO predominately in the field of nephrology. She retired from nursing in 2007. In the summer of 1961, while at her cousin Susie's cottage on Pikes Bay of Big Cormorant Lake, she noticed Allan, as strapping of a young man as one can be at age 12, and promptly announced to her cousin, "I am going to marry him someday!" Suffice to say, Andria, as she did her whole life, fulfilled her promises to everyone she loved, as they began a sixty-year love affair by starting to date two years later. Just seven short years from her proclamation, she married her soulmate, love of her life, and best friend on June 29, 1968. Their sixty years was a life of celebrating triumphs, living in many areas around the country, and travel around the world. They also survived the trials and tribulations of life's troubling times, however, as only those who have experienced true love understand, they survived the troubling times just as they celebrated the good times, TOGETHER as one! It is not as if Andria needed to prove herself as an incredible woman, but on August 3, 1970, she brought into the world her only child, Christopher, so she could add most loving and loyal mother to her resume of life. As Allan traveled for work for many years, Andria and Christopher formed a very special bond. Andria did not waste time on trying to be "Mother of the Year" because she was "Mother of all Time" to Chris. The addition of Christopher Jr. in 1995 and Alicia in 1998 began the next stage of her life and fully accepted new name and title, the unquestioned trumpeter of praises, champion of achievements, and true believer these two could do no wrong, otherwise known as Grandma! Over the last years Andria has most enjoyed the time she has been able to spend with her family every Christmas in Panama. While those times have been cut short, the memories of boardgames, Yahtzee, NFL Network, Picasso's, and most important simply sitting and talking with her loved ones while watching the sun rise or set over the ocean will live on forever. Andria is survived by her lifelong love and husband Allan, her son Christopher and his wife Tiffany, her pride and joys in life grandchildren Christopher Jr. and Alicia, their mother Lisa, her brothers Frank Suppa Jr. and his husband Lon, and David Suppa, niece Kaitlyn and nephew Robert (Juliana), and her loving Flower. Andria was preceded in death by her mother and father, Frank and Ledene Suppa, her mother and father-in-law, Berdelle and Abner Kragnes, and numerous aunts, uncles, cousins, and friends. The world has lost an incredible woman, a wife, mother, grandmother, godmother, sister, care giver of others, volunteer, and die-hard Kansas City Chiefs fan. Andria will be missed and was called home too early, apparently there is a shortage of incredible care giving nurses in heaven as well. Her family's loss will be the Glorious Kingdom's gain where she will enrich the afterlife of others just as she did on earth while she patiently waits for her only true love and the rest of her family to join her. A visitation with refreshments will take place from 3-5pm on Saturday, December 11, 2021 at Hanson-Runsvold Funeral Home, Fargo, ND. The burial will be at 2pm at Riverside Cemetery, Fargo, ND. In lieu of flowers, the family requests that gifts be made in memory of Andria Kragnes to Mayo Clinic Breast Cancer. Donations can be made by phone, online or by mail: • By phone – call 1-855-852-8129 to talk with a Gift Processing Associates who will take a donation securely over the telephone. • Online – https://www.mayoclinic.org/giving-to-mayo-clinic • Mail – Checks can be written directly to Mayo Clinic and mailed to: Mayo Clinic Department of Development 200 First Street SW Rochester, MN 55905

Andria Marie Kragnes, a loving, caring, and fiercely loyal wife, mother, daughter, sister, and grandmother, was called home on November 28, 2021, while surrounded by her family. On October 1, 1948, in Fargo, North Dakota she became the first-born... View Obituary & Service Information

The family of Andria Marie Kragnes created this Life Tributes page to make it easy to share your memories.

Send flowers to the Kragnes family.